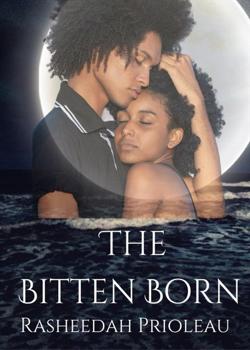 Brooke got into bed alone for the fourth night in a row. Her fiancé, Wayne Davis, was working late as usual in order to finish his latest magazine issue. Normally it didn’t bother Brooke, but the moon was full. Ever since she could remember, whenever the moon hung big and bright white in the sky, her nightmares returned.

“They can’t hurt you. They’re just dreams,” she reminded herself before slipping beneath the sheets and letting the exhaustion of the day pull her into sleep. Though she knew that she would fight through a night of terror while she slept, it was always just the end of the dream she would remember. Swimming in a pool of darkness between sleep and wake, voices

‘We have nothing to do with it,’ a woman yells.

‘Well she won’t see again!’ the woman yells back.

Then everything becomes the sound of crunching metal, sprinkling of shattered glass, a flash of sharp fangs, and pools of thick blood.

Brooke woke up in a cold sweat just before dawn.

“You don’t need therapy.” Over the phone, Wayne’s voice seemed half distracted and annoyed. Brooke had decided to try therapy in order to remember her past and end the nightmares. Wayne wasn’t a fan of the idea.

“When you’re ready to remember you will,” he assured her.

“I don’t think that’s how it works, Wayne,” Brooke smiled as she took a left turn towards her doctor’s office. “Anyway, I’m almost there. I’ll call you back when I’m on my way home.”

“Alright,” he said reluctantly before hanging up.

Ten minutes later she was on her therapist’s couch.

“Understand that sometimes returning memories can feel scary, but I’m always here. If you want to stop just say so,” Dr. Foster reminded her before they began.

“In my early childhood, I think we would visit with family in the south. During winter holidays.”

“But you can’t remember the names or the faces of the people around you?” Dr. Foster asked. “Not even your parents?”

“No, it’s all a blur. Like looking at them through fog or frosted glass. I remember a woman, I think my mother saying that, ‘Winters in the south are much milder than winters in New York’.”

“And… How far back can you remember?” he asked while scratching out his notes.

“Being three, maybe… In the backyard of some relative at a barbecue get together with a bunch of cousins I think. I’m playing alone…

Brooke fell quiet as the memory took over.

She could feel her younger self commanding her legs to stand and move towards an escaping fur ball.

She could remember the excitement of toddling forward, still clutching her blue crayon, on fast and shaky legs maybe falling but always getting up to keep going. She kept the fur ball in her sights, delighted as it jumped and darted in front of her, leading her this way and that as giggles escaped her. In the thick of the woods, the furry creature halted to turn and face her.

The fur ball became a wolf pup with grey and white fur and crystal blue eyes. He licked his tiny fangs as his ears pricked up to the sound of the big people coming after her. He backed away, warily as she continued to toddle toward him. A big person halted her progress, scooping her up in loving arms to carry her away before she could get closer. Dropping her blue crayon in the process, she could see the fur ball with his ears set high, watching her as she was taken away.

While remembering, Brooke knew that this wasn’t the last time he’d come to taunt her in a game a chase. She saw herself growing taller and her legs became stronger as the puppy became lean and strong. She knew she was chasing a wolf, but she wasn’t scared. It was just a game.

Suddenly, she was eight or nine years old, chasing after the young wolf into the woods. He lost her with ease. She stopped running when her legs became tired and her lungs became winded. She was ready to admit defeat and turned to go back home when she heard a loud whine followed by a painful howl.

She hurried towards the cry, ignoring the warning in her head that she should stop and go home.

As the young wolf came into view pawing a snare around his neck she hurried towards him. The closer she got, the more frantic he became pulling the snare tighter as she took note of the metal wire clinging to his neck and followed it to the other end latched to a small tree.

She tried to motion him to calm down, but he kept pulling until he passed out. She hurried in to loosen the snare from his neck and slipped it over his head but as she did, she noticed that the wolf’s hair became thinner and his body began to shift. After a few blinks and gasps she had gone from looking into the face of a young wolf to looking at the face of a young boy.

His hair was short dark and wavy. His skin toasted pecan tan. His dark brows and lashes crinkled as he opened his eyes and she caught a glimpse of them shifting from crystal blue to deep hazel. She became light headed and the world began to spin around her as her knees grew weak and she blacked out beside him.

She was in a familiar world of darkness but she could hear raised voices.

It begins with a woman, clearly upset

‘These aren’t the old days. This is not a game. Someone could get hurt and it could start another war!’

‘All of this is our land. If they step on it and get hurt then it’s their fault,’ a man replied.

‘No, it’s not that simple and you know it! The packs work an eye for an eye! And more… We have nothing to do with it!’ the woman yelled.

‘Well, she won’t see again!’ the woman yelled back.

Then everything became the sound of crunching metal, sprinkling of shattered glass, a flash of sharp fangs, and pools of thick blood.

“There is a lot to unpack,” Dr. Foster said as Brooke opened her eyes and came back to the present.

Previous
Next
Contents
Chapter 1 Remembrance Chapter 2 Call of the Moon Chapter 3 Called Home Chapter 4 An Ending and a Beginning Chapter 5 Ashes to Ashes Chapter 6 The Same Kind of Sadness Chapter 7 We Meet Again Chapter 8 I See You Made a Friend Chapter 9 The Conclave Chapter 10 Devious Chapter 11 Rabbits, Foxes, and Wolves Chapter 12 Welcome Home Chapter 13 The Better Question to Ask Chapter 14 She is Your Rib Chapter 15 I Like the Beard Chapter 16 Like Silk and Fire Chapter 17 It’s a Small World Chapter 18 Unbreakable Bonds Chapter 19 It Wasn't an Accident Chapter 20 I Can't Accept That Chapter 21 Betrayed, Bitten, Born Chapter 22 My Name is William Francis Chapter 23 They Weren't Hunting Animals Chapter 24 How Could I Ever Forget Chapter 25 They Are Your Family Chapter 26 Flashes and Feelings Chapter 27 He Fell In Love Chapter 28 You Should Have Guessed Chapter 29 Where She Began Chapter 30 Ask Me Again Chapter 31 Nothing but the Truth Chapter 32 Girls’ Night Chapter 33 How Long Until Chapter 34 Three Nights Chapter 35 This is George Chapter 36 It’s Friday Night Chapter 37 Sizzling Steaks Chapter 38 Including Cole Chapter 39 Or Make You Stronger Chapter 40 Your Enemy Chapter 41 Where… Am… I… Chapter 42 Too Many Weeks Chapter 43 We Could Run… Disappear Chapter 44 Just in Time Chapter 45 Flight to London Chapter 46 What Do You Hear Chapter 47 I’m Asking Again Chapter 48 Into the Light Chapter 49 Timeless Chapter 50 Family Tree