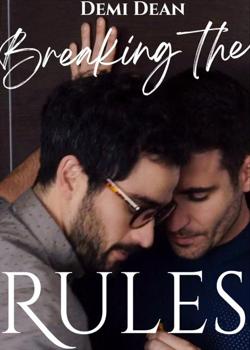 My body sang a tune only Ryan knew... When Twenty-two year old Sammy Cartwright's NYU football dreams were dashed due to an accidental testicles smash in a heated match, he scheppled back to Todos Santos and after a year feeling depressed, took up his father's teaching job temporarily in Royal Elite High. Too bad he hasn't any formal experience with teaching and the hypocritical principal is threatening to fire him if there isn't an improvement within the end of the month. Dumped by his girlfriend of six-years and navigating his bisexuality, Sammy isn't prepared for the temptation that comes in the form of Ryan Churchill, the principal's bastard son who's got a pretty face and a dirty tongue to match it. But Sammy knew better than to cross his boundaries. When Principal Churchill gives him a chance to prove he's worth his salary and tutor Ryan for a week, Sammy knew he was doomed. Judging by how eager Ryan was to get into his pants and how unashamedly willing his body was to give in to the youngster's demands, Sammy knew seven days were more than enough to break the rules. But the consequences could wreck him for all he's worth. - - - - - My name is Sammy Cartwright and I have a confession to make. I slept with my student who I was supposed to tutor to prove I'm worth his mother's goddamn money. I let him jerk me off. Finger and fuck me to oblivion. I let him drive me insane with his tongue in my arse. I had multiple orgasms, in multiple positions. I fucked his smart little mouth. I slept with my student and I'd be damned not doing it again. Some may call it unprofessionalism, like his rich arse mother did. But I call it destiny, a fantasy meant to happen. My name is Sammy Cartwright and I slept with my student because it made me feel good. Here's why it's all worth it.