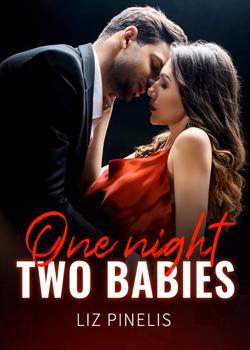 Five years ago, the Powell family fell into ruin. Madeline gave birth to twin boys; she left one to the child's father and took the other away. Years passed. Madeline came back as the Internet's reigning queen of public opinion. However, somebody else caught wind of her return. The man pinched her by the chin and sneered coldly, "Since you're dying to shoot something, how about we film something together?" Madeline's eyes widened and her throat went dry. The following day, she saw a little boy who looked exactly like her son inside the man's house. Madeline couldn't help but throw her arms around the boy. She even kissed the boy's plump cheek. Surprisingly, the boy was not happy. He put on a solemn expression and scolded her, "Behave yourself!" Madeline was peeved. How could that man have made her boy as unlovable as he was？

View More Comments on App
Latest Release: Chapter 286 No Choice   Today 00:01
1 Chapter 1 A Special Birthday Gift
2 Chapter 2 First Time Meeting The Scum
3 Chapter 3 Date Me
4 Chapter 4 His Bodyguard And Assistant
5 Chapter 5 It's Difficult To Be Your Woman
6 Chapter 6 Are You Going To Do It Or Not
7 Chapter 7 They Looked Exactly Alike
8 Chapter 8 It's Not Up To You
9 Chapter 9 Three Days To Think About It
10 Chapter 10 Getting Back At Him
11 Chapter 11 The Disappointing Result
12 Chapter 12 Making Compromises
13 Chapter 13 Meeting The Powell Family Again
14 Chapter 14 Don't You Dare Touch Her
15 Chapter 15 The Kiss
16 Chapter 16 Benson's Request
17 Chapter 17 Threating
18 Chapter 18 You Can't Go Downstairs Dressed Like That
19 Chapter 19 Julius' Brother!
20 Chapter 20 Shameless Woman