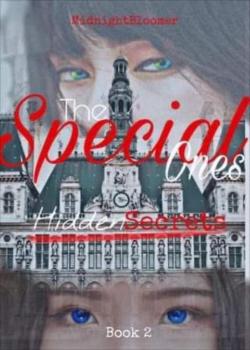 (Before reading, kindly read the Book 1 of the Story 'The Special Ones' this book is the continuation of the last chapter)

This is a work of fiction. Names, characters, business, events and incidents are the products of the author's imagination. Any resemblance to actual persons, living or dead, or actual events is purely coincidental

“Yeah, I know" he said "I bought the whole cake, maybe you'll get hungry and your prince charming isn't with you." He gave me a smile and he looked away at the window covering his face from me.

“Whatever, Thanks." he suddenly grabbed and kissed the back of my hand and drive. When we arrived at the Academy's basement, we went for the elevator and he escorted me into my room and opened the door for me, he placed the cake into the fridge. I dived into the bed, Lance took off my shoes and brought a medicine and water from the shelf and thank him.

“Get out, I'm not in the mood." Laid down and looked at him who is also looking, sitting beside me. "I was thinking, what would you do if someone betrays you?”

“What kind of question is that?”

“I don't know" there was silence after he answered "Why?”

“I think maybe I'll just follow the rules." I stopped, I sit straight into my bed and listened to his answer.

“That says 'Whoever betrays, life would be the price' " he said "Those are one of the rules that T.S.O follows even before.”

“Why death?" I asked "Is there anything else?”

“I'm sorry..." I took a deep breath and lean over my head on the headboard "Why did you ask, all of the sudden?”

“It just came up into my mind.”

“It depends..." I turned my eyes to him and listened "It depends on what kind of betrayal they've done, if he or she betrays me? Betrays the academy.”

“Ever since I was a kid, this academy is like my playground together with Aldren. This Academy is not just an Academy, its already part of our history as Users. Also, it is my life.”

“What if one of your friends betrayed you?" I asked "What if I am a traitor, will you be able to kill me?”

“Would you do it, Lance?" he was silent, he just looked at me calmly and sighed. "Why won't you answer?”

“Yes, I'll be able to do it." hearing those words are shock to me, making me regret why I ask those questions to him.

“But you are already part of my life..." he walked closer to me and sat beside "I can't hurt you or kill you because if ever I would do that, it's like I killed the half of me.”

“What do you want? Bryle, I can't hear you. I'll put you on speaker"

Where are you? There's a student here that is looking for you, she said she wants to kill you.

"Bryle, what are you talking about?"

Oh hey, Julien. Where are you guys?

"We're at my dorm, what happened there?"

What?! Why are you guys in there?

“We didn't do anything, Bryle. Please, what's going on?"

Have you heard the news? Someone wants to talk to you and want you dead, she's mad.

Someone tried to kill Tri

xie at the gym a while ago while waiting for Amanda, she's still here to talk to you, Lance.

“What? What do you mean?" he stood up and pinch the bridge of his nose trying to calm down "How come someone attacked her? The Academy has a barrier to outsiders.”

I don't even know, even the barrier in charge didn't notice something strange or anyone came in- Alright! Alright! Jeez, Lance. Trixie, wanted to talk to you now.

“No need, I'm heading to the office now." he grabbed his jacket at the dresser "Don't give her the phone-"

Mr. Lance Frost! Did you know what happened to me in the gym? I almost died! I thought this Academy has a barrier?!

“It has, it's impossible that there's an outsider that went through it."

Then why is it there's a Black empire came here and attacked me, huh?

“How are you sure that the one who attacked you is from the Black Empire, Trix?"

Duh? There's a raven crest that is left behind, I think she dropped it.

“Okay, I'm heading now." Lance hanged up the phone he sighed in stress in what he heard, I stood up and held his shirt. He turned to look at me and gave me a small smile.

“Lance, I'll come with you”

“No, stay here. You need to rest, you need it." I ignored him and wore the shoes lance took off while ago.

“I didn't ask for permission, I'll come with you.”

“Well, he's okay now, he'll wake up soon." I nodded and looked at Terrence that is peacefully sleeping right now. He's looking better than a while ago.

“Also, Ms. Perez." I looked at the Nurse "There's a new shirt here for Mr. Sutcliffe to wear when he wakes up.”

She went out already, and I sat down by a chair next to Terrence. He's doing fine now and he's sleeping peacefully, I gave him some space and looked around the clinic. It's quite big, the stuff's here are complete. I looked into my reflection in the mirror and saw some dirt on my face, by the time when I wiped my face.

I looked into my eyes, at first glace something was wrong and different but when I blinked it was nothing.

“Amanda." I turned around where it came from, it was Terrence. He was standing in front of me and he already changed his shirt.

“You're already awake, how are you feeling?”

“Oh, that was nothing. You look like you're dying when I saw you, you were bleeding like a lot" he just stares at me with his brows knitted together, I felt the awkwardness in this room on both of us.

“I should've not said that.”

“Who cares, what's important now is that I'm alive." he walked outside the clinic leaving me behind.

“Looks like he's not really thankful for bringing him here." Suddenly the door opens again from where he went out, it's him standing there.

“Are you going to stay here forever?" I quickly went out together with him, as I got outside there's two people running towards us.

“Terrence!" it was Mindy and Nicholas that is running towards us "Just as I thought, you are here, Lance is looking for you.”

“He wanted to talk about what happened earlier." Nicholas said "Also, the whole campus is under alert, Amanda you can take your rest for now.”

“She's coming with us." we all looked at him "I'm sure Lance wanted to see her also, she also saved my life.”

“But, is it okay for her to come with us? What if Lance-"

“No but's, you're coming with us Amanda.”