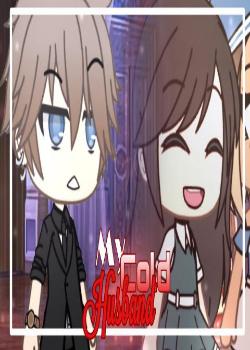 “Eh, isn’t Shasha going to break off her engagement with you?”

Looking pleased with himself, Master James answered, “This is her way of patching up our relationship. She doesn’t want to break things off with me!”

“Wow, you’re something, indeed. You were unfaithful during your engagement day, and yet she can still forgive you!”

“That goes without saying. I, for one, have excellent qualities. What’s the big deal about me being unfaithful?!”

Haya opened the gift box to reveal the birthday cake before telling him, “Master James, there is a surprise hidden in this birthday cake. Kindly press this button here.”

The chap saw a gigantic cake shaped in the form of a bikini and grinned lasciviously. He then reached out to press the button.

“Master James, can I help you to record this beautiful moment of wondrous happiness?” Haya took out her mobile phone.

“All right.” Master James proceeded with a narcissistic pose in front of the phone camera.

A loud sound was heard after he pressed the button. A spring stand could be seen popping out of the cake, holding up a card with words written on it.

James, I wish you a lifetime of darkness and a desperate end. May sickness befall you with suffering; if not, then may you get a venereal disease!

Thank you for your unfaithful act that stopped me from marrying you. This is a small gift of appreciation from me today. Once I find my true love, I’ll definitely return the favour generously!

Laughter erupted in the VIP Suite as someone read out these words from his ex-fiancée.

By now, the young man’s face had become sullen and ugly!

Antagonized, he had reached out to grab the message card when there came another loud bang. The cake exploded without warning and covered his entire face and body with buttery grease!

After perfectly recording the entire scene,Haya stored her pho

ne and slipped away.

What a scumbag! He deserves it!

Haya worked for a company called Know-All Agency, which accepted any request as long as it was not something illegal. Her assignment today was to help Miss Shasha punish her ex-fiancé who was unfaithful to her. Her prank was to disrupt his birthday party and to record his embarrassed look as revenge!

Master James managed to recompose himself only after she had left. Barking orders in great anger, he said, “Lock down the entire hotel and capture that woman who delivered the cake here! Don’t let her get away!”

I’m going to punish her the same way she pulled the prank on me!

His men inside the VIP Suite immediately ran out.

The woman, on the other hand, had made a beeline for the washroom behind a bend after she left the room.

By the time she exited from it, she had turned into a vamp lady with bright and thick makeup. No one could associate her with the young lady who delivered the cake earlier.

She brushed past her pursuers graciously and stopped before the elevator before pressing for lift service.

When the elevator arrived, her client, Miss Shasha, happened to send a text message to her at the same time. As she walked into the elevator with her attention fixed on the phone screen, she forgot that she was wearing a stiletto with a sharp, thin heel. As she was unaccustomed to this kind of footwear, the heel was caught between the elevator’s door gap and she instinctively flung herself forward and landed into a man’s arms.

She quickly steadied herself and was about to apologize when the man pushed her aside curtly, as if she was dirt itself. She stumbled a couple of steps backward and almost fell over.

She looked up angrily, wanting to see who this unmannered man was!

I didn’t do it on purpose!

Unfortunately, she got a shock when she looked up!

The unmannered man who’d pushed her away was Huo, her husband!

Recomposing herself, she quickly looked down.

Originally, at Huo’s royal wife-selection ceremony, she had tried her best to suppress her presence. She did not want to be noticed. But it turned out that he wanted a quiet and obedient wife, and she was chosen in the end.