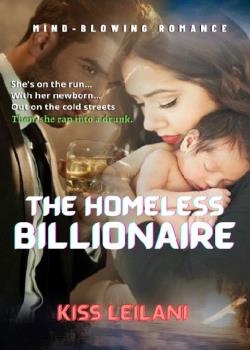 Twenty-year-old Jasamina Rutherford was forced by her parents to marry a politician who's so much years older than she is, because they wanted money and social influence. Ludale McCully is a beast in human form and a psycho. He abused her a lot. But, when she gave birth to her baby and he beat her so badly, Jasamina damned all the consequences and ran away with her new born baby. Out on the cold streets; bruised and battered, no food, money or supplies, and with a baby hidden inside her coat, she was at the end of her rope when she ran into him. ***** Tanner Dantes lost his family in the most brutal way a person would loose a lost one. It was so traumatizing and horrifying that he took to the streets. He drank himself to stupor, just to keep the memories at bay. Sober is not an option, because sober means remembering. Then, a woman ran into him one cold dark night. She was so bruised, there was no part of her body that wasn‘t ‘occupied' with either a fresh or an old wound/bruise/scar.  And, she has a baby strapped so protectively inside her clothes. She fainted into his arms. A woman on the run from her powerful psychotic husband and a man who'll drink himself to death than to go sober and let reality in. What's going to happen in here? A lot is gonna happen! So, why don't you go on this mind-blowing ride with me!?