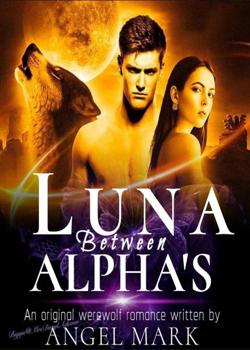 "Don’t worry, we would soon hand you over to a mate just as misery as you are. But we are even finding it difficult to get such a person. You are just so disgusting” These were the exact words Sam told his little sister, Scarlet. What happens when a feeble female werewolf is tortured, maltreated, satirized, and despised by the same people she calls family? What happens when her alpha lover turns his back on her at the point when she needed him the most, and enacted a decree restraining her from ever appearing before him? What happens when she is forced into a marriage with a ruthless alpha? What happens when in her new forced home the mistress of her husband swore to take her life? Having had enough, Scarlet went into a self-imposed exile, and there she met an old lady who handed over to her a seemingly supposedly worthless stone amulet which turns out to be a gift from the moon goddess. Life was filled with uncertainty for Scarlet, and it was a voyage of discoveries for her. A life puzzle, which could only be unraveled by patience, love, wisdom, and above all, the dictates of fate. Living through this puzzle, she had to fight against her blood (family), conquer the Titans, force the rogues to bend to her will, rule over the Pixies, and finally subdue alphas, kings, lords, and nations. Now, the once feeble werewolf is bent on ensuring that she does not get bitten a second time, and thus, she must rule with jealousy and guard against future betrayers to ensure maximum loyalty. And to achieve the almost impossible, she has to do an act never conceived in the heart of men. Follow Scarlet to find out just what the moon goddess has in stock for her, and how she navigates through life's thorns to get to the petals. With a hope for victory, we must fight to win. 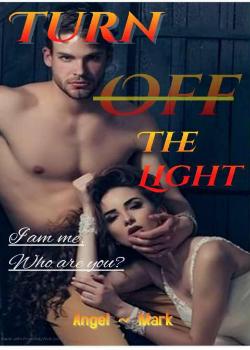 TURN OFF THE LIGHT

Annabel does not care when it comes to her unprintable desires for older men. She is wild and always hot and the older the better. She refused to heed the counsel of her friend Lily and her guardian, Sister Pamela to fall in love and settle down. Her whole life was geared towards satisfying her unquenchable lust. It all started after she lost her family in an accident and was taken to the orphanage by the kind Sister Pamela who found her at the scene of the accident. Little Annabel spent the rest of her life waiting for the only family she knows, Rich as she believed that Rich would come to take her with him someday. So, on every eve of every Christmas which was the day the accident happens, she goes to stand by the window waiting to see him come for her. But then, Rich never came. Annabel left the orphanage at Beetville and came to Everestland land in search of Rich, but discovered that he was now the most successful CEO. She believed that he had long forgotten her and she vowed to revenge and make him pay for converting her father's wealth to his. Annabel's burning flare for older men could not be satisfied and when she unknowingly met Rich who gave his name as Jay, she made him drunk and had her way with him. In the morning she was gone leaving some cash at the hotel room for him. Rich later found her and fell in love with her without knowing who she really was. And when he discovered her true identity, he had to decide what he truly wants. Is it the bad girl that she has grown to become, or the little innocent girl that he had dedicated his whole life in search of? 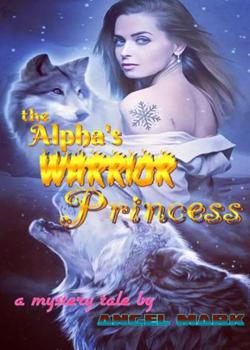 “Be careful of the good you see, it might be an evil yet to be formed” Just how careful can alpha Andrew be in the quest to save his princess from the impending battle coming for her? To kill the cat was all he was required to do but he failed even at that. Consumed by love for his princess, alpha Andrew did all he could to alter her fate. He concealed her true name, built a wall to secure his pack, secretly destroyed her most prized possession, and kept every truth hidden. Princess Andrea’s life is far from fun. Having had her wolf since the age of two, she struggled to be accepted by her peers who only saw her as a monster. Even in love, she was despised by her crush, her lover was mated to her best friend, and turning eighteen, her mate refused to reveal himself. The sweet princess accepted things as there are until she met Luciana, the sorcerer who revealed to her enough to cause some stir. Feeling betrayed by her father's actions, the princess left the palace and made her way into the woods and into all alpha Andrew has done the unthinkable trying to change. Will the battle be won, or would not killing the cat spell her doom? 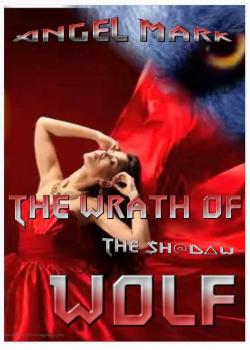 The Wrath Of The Shadow Wolf

Wright was inside of the gym exercising when his phone began to ring. “Gosh, it is already past 9 am,” He said as he looked at the wall clock. “And who could this caller be” Acting very reluctantly, he went for his phone. “Philip” he murmured as he saw the caller. “Hey man,” Wright said as he picked the call. He wondered why Philip would be calling him this early. Philip is not one to call often unless he really has important news and Wright prayed that whatever this call was for, it should better not be what he was thinking, it should not be in any way related to the Pack. Anyways, he maintained his cool and waited patiently for Philip to tell him the reason for the call himself. “Wright” Philip responded. From the tone of Philip’s voice, Wright could tell that he was a bit tensed and was only trying to hide it. Philip and Wright had grown up in Shadow Rank Pack as best of friends. In fact, if the tussle with the rogues had not happened, Philip would have been Wright’s beta. Wright’s dad, Alpha Lucas is the alpha of Shadow Rank Pack and Wright is his successor before he left everything behind during the war with the rebels and moved to Edmonton where he had met Evolette and had further denounced his werewolf lineage. As a good friend, Philip had left the pack with him amidst the conflict but had soon left Edmonton for Regina for greener pasture. It was by the twist of fate that Philip had met Kyra in Regina while he had met Evolette here in Edmonton and both close friends had married the same sisters. When Evolette discovered Wright's true nature, she was not receptive to same and so, just so as to please her, he had all these years live outside that part of him until the midnight of her burial when he had shifted and had run into the wild to let out his grief for his self-acclaimed lost mate. Kyra on her part had been a little indifferent and receptive about the whole werewolf thing and was even ready to move back to Shadow Rank Pack with Philip just that Philip was unwilling to go back because of his love and solidarity for his friend and Alpha as he had always addressed Wright whenever they were alone.“ My Alpha, are you there?” Philip inquired when Wright had not responded to him.“ Gosh, this better be good” Wright spat. Now he was sure that Philip's call was definitely related to the Pack as he had feared. When Wright left Shadow Rank Pack, the rebels did not leave him as they were still out to get him. It was with the help of the allies that Wright built in Edmonton that he had been able to operate discreetly without getting the attention of his foes. All these years, Philip had been Wright's number one ally and had been on the lookout for possible threats to his friend, Wright, and had always alerted him whenever there was danger. Wright had been able to live a quiet life until just before the death of Evolette. He tries to act normal to Riona, but within him, he constantly fears for her safety. “Speak Philip, I am listening” Wright muttered. “Okay Wright, where is Rio?” Philip asked. “She is not in” Wright replied. “What!” Philip exclaimed. “Come on Philip. Or do you want me to pee on my pants?” Wright was already getting irritated and all he just wanted was for Philip to spill the bean. “Sorry, man,” Philip said. “Gosh” Wright spat. “I am so sorry, I am sorry” Philip was tense. “I don’t even know what I am thinking” “Relax Philip, what is the problem?” Wright asked. “I just got the news that some rogues from Shadow Rank are out, they are there in Edmonton since yesternight” Philip announced. “What!” Wright screamed. “And how come you are just telling me of this now?” “I just got the news right away and I quickly called you. The first thing that came to my mind was Rio” Philip explained. “Rio” Wright stuttered. “Rio left this morning. I think she said she was going to get Sandra to come spend the weekend with us” “Shit” Philip cursed. “O my God, o my God. What the hell?” Wright cursed. “Please be cool,” Philip said. “I am cool, man. What is the situation with the rogues at the moment, do you by chance know that?” Wright was curious. Wright is so anxious and filled with anger right now and he cannot imagine any harm coming to his little girl. He promised himself that he would spare no life in Shadow Rank if there is as little as a mosquito bite on Riona. “From my information, they don't have her yet, and happily they don’t know what she looks like just yet,” Philip said. Wright interrupted him. “Wait, what do you mean they don't know what she looks like just yet, do you plan on revealing that to them?”