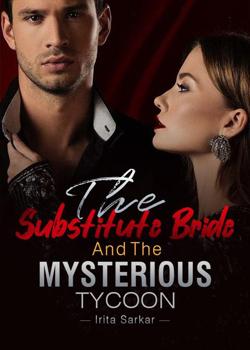 Celia Kane woke up in a trance, finding herself weak and dizzy. The most bizarre thing was that she was wearing a wedding dress.

Several bodyguards held her and were about to force her into a bridal car.

"Wait! What are you doing? Let go of me!" Celia was in a panic. She couldn't believe what was happening.

She only had gone back to get her mother's belongings and stayed for a meal at her father's request. That was all she could recall. What was going on now?

The strong bodyguards held Celia tighter and brutally pressed her into the bridal car.

"This is Mr. Kane's order. Get in the car now," shouted one of the bodyguards in a loud and terrifying voice.

Celia was taken aback. She almost couldn't believe that this was her father's idea.

She was shocked and confused at the same time, trying to recall what had happened.

Two hours ago, her father, Adrien Kane, told her that he had accidentally found her mother's belongings in the attic. He asked her if she wanted to come back and take them with her.

Celia had moved out at the age of seventeen. Since then, she had never stepped into her father's house. And if it weren't for her mother's belongings, she would have never come back again.

When she arrived home, Adrien asked her to stay for a meal. Actually, she was a little suspicious because it was very uncharacteristic of him to say that. So she only took a sip of the juice. But she didn't expect that it was enough to make her pass out. When she woke up, what happened was beyond her imagination.

Celia was weak due to the drug. But she had practiced karate for years to keep herself in great shape. She had to do something now to save herself.

"No, I won't get in that car." She pressed her shoulders against the car door to resist. Then she firmly said, "What the hell is going on? If this is really Adrien's order, I want to hear it directly from him."

Right after she said that, a slightly apologetic voice rang out behind her. It was Adrien.

"Celia, if I have options, I won't do this. Just do as I say. Get in the car and get married."

Celia jerked her head up and saw Adrien standing there. Beside him were her stepmother Mabel and her half-sister Cerissa.

Adrien was always remote and impersonal to her. But now, he looked so embarrassed that he didn't dare to look into her eyes.

"Cut the crap! We raised her for years, and she owes it to us. Now that our company is in trouble, it's time for her to repay us."

Mabel stepped forward and looked down at Celia arrogantly. "Don't say I'm a bad stepmother. In fact, you should be thanking me. It is a good thing that you marry into the Shaw family. You will live a luxurious life that most people dream of. Everyone will be envious of you. Your mother is watching you from heaven. She must be glad to see this now."

glared at Mabel viciously when she mentioned her late mother.

"A despicable homewrecker like you doesn't have the right to decide on my marriage."

"Humph!" Mabel's face turned livid with anger. But she soon sneered, "Yes, I'm a homewrecker, and I have no control over you. But now, our Kane Group is in danger. Our family is facing a crisis. The Shaw family is willing to help us as long as you marry into their family."

She bent over and grabbed Celia's hair, pulling her closer. "You are your father's first child, so you have to do something for the Kane Group, even if it means that you have to sacrifice your marriage and happiness.

Besides, how can marrying into the Shaw family be considered a sacrifice? The Shaw family is the wealthiest in Hosworth. Many women would kill to marry into this family."

Celia sneered, "If so, why don't you let your daughter take the chance?"

Cerissa put on a worried look and said hypocritically, "Mom wanted me to marry into the Shaw family. But when Dad found out that I would marry Tyson Shaw, he disagreed. Everyone knows that Tyson had a car accident, and his face was disfigured. He is very weak now, and he may die at any time. How can I marry such a man? You know Dad. He can't bear to see me suffer, so he came up with this idea."

She looked pitiful as she said this. Then she continued between sobs, "Celia, please don't blame Dad. Just blame me."

Celia's heart sank. Overwhelmed by anger and disappointment, she looked at Adrien coldly.

She and Cerissa were both his daughters. But he chose to set her up for the sake of his beloved daughter, Cerissa. This was her "good" father.

Still, Adrien didn't raise his head to look at Celia. Mabel took this opportunity and commanded the bodyguards to push Celia into the car. Celia tried to struggle, but her effort was in vain. She was no match for these strong bodyguards.

Before the car started, Cerissa walked over to Celia. There were tears in her eyes, but her lips curved into a victorious smile.

"Celia, I almost forgot to tell you something." Her voice was so low that only the two of them could hear it.

"The drug that Dad put in your juice could only make you unconscious. But I secretly added some aphrodisiac in it."

Cerissa's smile became more arrogant and complacent, totally different from her pitiful look just now. "Today is your big day. As your sister, I will give you a big gift later."

Celia was so furious that she struggled desperately. She really wanted to slap Cerissa hard.

"No need to thank me. Just enjoy it."

With a sinister smile, Cerissa slammed the door and signaled the driver to immediately drive away.

The car started and sped away. In the car, Celia was still held tightly by a bodyguard. Her widened eyes were full of hatred.