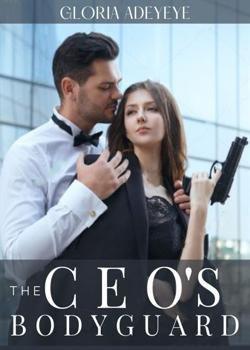 “Thank you.” I smiled at the cab driver as I handed him his money. I stepped out of the car.

“Hey, this is more than your cab fee.” He yelled as I walked away.

“It’s yours.” I replied with a wide grin on my face.

I turned slightly just in time to see a thankful smile on his face before he sped off.

“Now, let’s do this.” I muttered under my breath as I made my way to the renowned Anderson Corporation.

I wasn’t a bit nervous about today. Why? It was my first day after all. I should be but I wasn’t.

Yeah, it was my first day at work as the personal bodyguard to the famous New York’s most handsome young CEO.

As the elevator moved, I braced myself up to face my soon to be boss who was none other than Ryan Robin Anderson. He was popularly called RRA. Classic, huh?

I stepped out of the elevation as it stopped.

“Hi,” I looked up to see a middle aged man. “You must be the new bodyguard.” He said. I nodded with a smile.

“Come with me to his office so I can properly introduce you to him and every other person you’d work with.” he said as he led the way. My first impression about this man was that he seemed too polite.

It didn’t take up to five minutes before we got to the CEO’s office and as the man pushed the door opened, the interior designs took my breath away.

“This way, please.” The man signaled with his hands as he led me to the supposed Ryan. Not that I didn’t recognize Anderson but I’ve never been up close to him. I should probably be crazy about seeing the most handsome bachelor in New York but I wasn’t. You know why?

That was probably how much I hated him.

“Mr Anderson, he’s here.” The man announced and we waited as Ryan swirled his seat.

“Wow!” I muttered when Ryan Robin Anderson raised his head and got his gaze fixed on me.

He sure was handsome. No kidding! His perfectly outlined jaw, his well-shaped lips and nose, those piercing blue eyes, his slick gelled up hair. Everything about him screamed perfection.

“You must be Sam.” He said as he eyed me up and down. I didn’t even realize he was now in front of me. “Are you sure he passed the tests?”

“Yeah.” The man that brought me in nodded.

“All the stages?” Ryan glanced at the man with a slight look of disbelief in his eyes.

The man nodded with a sigh.

I almost rolled my eyes. Will he keep talking about me as though I wasn’t even there? I should probably speak up.

“Hello,” I showed off a stoic look. “Nice to meet you, Mr Anderson.” I stretched my right hand to him for a shake.

Ryan stared at me before he fixed his gaze on my outstretched hand that was politely seeking for a handshake.

He scoffed as he took my hand in his. I shook hands with him and while he wasn’t aware, I pulled him closer to me. In reflex, I had him pinned down under me with his hand in the most uncomfortable position.

“Ah!” he groaned silently as he struggled to set himself free from my grip.

“Mr Sam?” The man called with a tone of warning. With a smirk on my face, I stood up.

“Nice to meet you once again, Mr Anderson.” I

The look on his face was definitely priceless. That move obviously took him by surprise and I wondered why he didn’t resist even though he never suspected it.

I stretched out my hand to him to assist him to his feet. He shook his head at first but after a second thought he accepted my offer.

“Your mode of attack is weak,” he started.

You have to be kidding me, Ryan.

“But I must commend the way you attack unnoticed.” He smiled.

I stared at him as he turned to the man that was with us.

“I like him. He should be up to the task, Philip.”

Finally, I got the name. Philip!

“Tell him the important things he need to know to work with me.” He went back to his seat. “I want no mistake. Perfection is all I need.”

We headed to the door and as the start to my duties, I got the door for Philip. He appreciated the gesture with a smile and I proceeded after him.

“Samuel?” I stopped walking and turned to Ryan.

He nodded slightly and smiled. What’s up with him and his smiles?

“Nice to officially meet you.” He said. “I look forward to working with you, Sam Gray.”

“I really look forward to ruining you, Mr Anderson.” I thought to myself as I stared at him.

“All right!” I replied as I left Ryan’s office immediately.

I sighed as I unlocked the door to my apartment. I turned on the light bulb that illuminated the whole living room. I tiredly walked across the living room to my bedroom. As soon as I entered my room, I threw my phone on the bed and I began to undress. I removed the tie that I had on the entire time, which seemed to be sucking out my breath.

Who else knew my first day at work could be this tiring? As if walking around the whole Anderson building wasn’t tiring enough, Ryan had to make me drive him to a business meeting where I had to stand guard all through the five-hour meeting.

I know that was meant to be part of my job as his guard but I never expected it to wear me out like it did today.

You’re definitely stronger than this, Samantha.

I heaved a deep sigh of relief as the warm water got in contact with my body. I took my time to have a body and soul soothing bath.

Few minutes later, I exited the bathroom with a towel wrapped around my body.

I dried the water on my body, applied some lotion and then clad myself in my nightwear. Arranging every other thing where they needed to be, I laid back on the bed to get some rest before the real business for tonight begins.