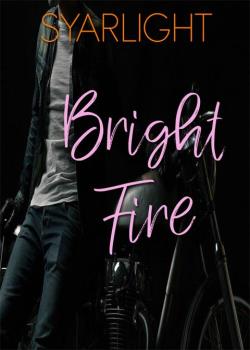 CLARA scratched her eyes. She was sitting on the counter of her coffee shop for more than an hour now. She was busy with the papers again. With her limited manpower, she had to do almost all of the work, including accounting.

"Are you alright, Miss Clara?" Jennifer asked. She was one of her baristas.

The shop had just closed, and Jennifer was preparing to leave. The rest of her staff had gone home already.

Clara nodded with a smile. She glanced outside the coffee shop. It was almost eleven o'clock in the evening, but the rain hadn't stopped yet.

She was never always in a hurry to come home, though. After all, there was only her Auntie Carlota in the house. But then, she rarely saw her at home because her aunt was a workaholic. She was good as alone.

"I guess I'll have to take these papers home, " she said.

"I'll see you in the morning, then." Jennifer hanged her backpack on her shoulder. "Drive carefully, Miss Clara."

Clara flexed her back as she watched Jennifer exit the door. Then, silence was Clara's only company left. She wondered if she would ever get used to it.

Clara may have got everything she wanted in life, but she was still lonely on the inside. Everything she had was because of her Aunt Carlota. And the latter wanted her to be indebted all her life.

She could not date even if she wanted to. Aunt Carlota had already chosen a man for her, but it would not be an easy quest. And Clara dreaded every time she thinks about how she will get the man her aunt wanted for her. It was like selling her soul to the devil.

Clara stood up and cleared her stuff. She could not afford to fall asleep inside the coffee shop.

CLARA put the plastic envelope on her head as a cover as she sauntered toward her car. It was still raining, but it was not as heavy as earlier. She fished the keys from her bag, and even before she could open the car's door, a force suddenly wrapped around her neck, almost choking her.

For a moment, she froze in horror, and she dropped her envelope on the wet ground.

"Give me your bag, and I'll let you live, " a man's muffled voice said. He was probably wearing a covering for his face.

The man's stinky odor filled Clara's nostrils, adding to the terror she was feeling at the moment. He was also reeking of alcohol. Clara could not breathe, but she was too scared to gasp for air, either.

"Hey, I think you also want some of this, " said another man's voice from nowhere.

Clara was thrown off-balance on the side of the car as the robber was violently pulled away from her. She caught her throat as she desperately gasped for air. The second man, wearing an all-black attire with a helmet still on his head, gave the thief a headbutt.

The robber groaned sharply as he fell on the ground, the wet concrete making a loud splash. He tried to get up, and Clara saw his forehead bleeding as she struggled to stand straight. The man in black sat on his stomach and punched him remorselessly. She could only watch the horror happening in front of her.

He turned to her.

"Call the police, " the man in black commanded.

Clara fished for her phone in her bag with trembling hands. She swallowed and cleared her throat as she dialed the nearest police station's number.

After the quick call, she rushed to the man's side. The robber was alre

ady unconscious and could not fight.

The man's fist hung in midair as he turned to her.

"So what?" he said, panting. "Don't you want to get rid of all the criminals in the world?"

The man drew a breath as he finally stood up. His fist was bleeding.

"You need first aid, " Clara said anxiously. She tried to hold his hand, but he flinched.

"This is nothing. I punch faces for breakfast."

"You could get an infection!"

"P-please…" Clara grabbed his bleeding hand and looked into his helmet-covered face. "I have a first aid kit in my car."

The man sighed, which Clara took as a submission. They sat on the dry pavement just in front of Aroma del Cielo after Clara retrieved her first aid kit inside the car.

"Thank you for saving me, " she said.

"Hmm, " he drawled. He took his helmet off and put it aside. Clara stared at what she thought the most handsome face she had ever seen in her life.

He had messy hair that hadn't been cut for months now. He has a thin stubble around his mouth. His thick eyebrows complimented his eyes. And his nose looked perfectly sculptured. He looked like the hero from the covers of her favorite romance novels.

"What are you staring at?" he asked, raising an eyebrow.

"You're handsome, " she said and then blushed in embarrassment. How could she say those words into his face?

"I'm Clara. I owned that small coffee shop." She motioned behind her.

The man glanced at it, too.

"Aroma del Cielo? Too fancy, " he said with a smirk.

"My parents are coffee farmers. I thought of them when I was putting up this business of mine." Clara smiled at the memory.

When she glanced at his face, he was staring at her. Her heart skipped a beat.

"W-why? Is there something in my face?"

She looked away and focused on putting alcohol on the cotton.

"T-thank you." She looked at him. "This is just going to sting a little."

She put his hand over hers as she tapped it lightly with the cotton bud.

Clara stared at his face once again.

"Just in case you're too shy to ask for my name."

"Ah." Clara nodded with a soft giggle. "Too uncommon for a man's name. But it suits you."

"Does your hand still hurt?"

"It's nothing, " he replied with a shrug.

"You can drop by at my coffee shop when you are free tomorrow. I'll treat you for coffee."

"Is that indirectly saying you want to see me again? I'm sorry, but I don't believe in love at first sight."

"I see that you're a heartbreaker, Fuego."

"I know I said you're beautiful, but you look too young for my taste."

"Well, you're too old for my taste, either. Don't worry."

The police finally came, just in time for the robber to gain consciousness. Clara felt a little sad that she had to part ways with Fuego now.

"Don't forget to shower when you get home. You're going to catch flu, " Fuego said when the police car was gone.

Clara did not expect that. She could not help laughing.

"Thank you for reminding me."

He put on his helmet and mounted his big bike.

"If fate would allow."

Clara could not help watching in awe as he kicked his motorcycle to life. He looked like a movie star. And just like his name, he was hot.