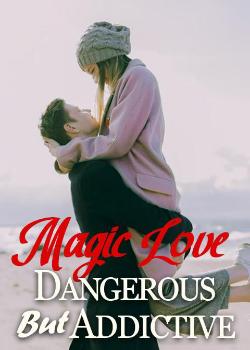 Whitney Qi glared at the tall man in front of her. "Get out of the way," she spat out with a side smirk.

"He really is busy, Whitney. You can come back later,"

Whitney raised her voice. She had studied music in the past, and she was familiar with the nuances one's tone needed in order to evoke certain reactions.

As if to compete with her, the woman inside the room let out a loud giggle that drifted over to where they stood.

So it was like this then. Whitney cast another disdainful glare at Ethan and pushed him aside. The man fell against the wall, but not before catching a glimpse of her expression from the corner of his eyes. It had to be successful this time!

When she pushed the door into the room, Whitney found a petite woman perched on Marvin Lan's lap. At her entry, the said woman raised her chin and flashed a sultry smile over at Whitney, provoking her. Marvin was holding a cigarette between his fingers on one hand, while his other hand was buried inside the woman's clothes. He ignored Whitney. She strode over until she was before the lascivious couple, and Marvin finally spoke. "Get out."

Whitney pretended not to hear anything, and instead proceeded to inspect the woman's breasts which she appeared to be keen on putting up for display. '34D at least, huh?' Whitney mused to herself. 'Seems inconsistent. She's so small, but her boobs are plump. She's a beauty, anyway, so I suppose that's a good thing. She's exactly Marvin's type.'

The man repeated, angrily this time, since his words earlier had gone unheeded.

"I'll go out right away. After you unfreeze my card that is." Whitney's gaze drifted over to Marvin and she looked him straight in the eye. "Hurry up," she said impatiently. "Just make the phone call already, and I won't spoil your fun any further."

Marvin's expression changed, and his voice turned colder. "So that's what you barged in here for?"

"Of course. How can I not make a fuss when you've effectively cut off access to all my money?"

"Your money? Let's get something clear here. That money is mine!"

The man's words thundered across the room, and the woman in his arms grinned in smug satisfaction, although she remained silent.

Whitney's lips curved upwards, but her eyes held a wealth of scorn. "Well, are you going to help me or not? It's not like I won't survive without you, you know. There are plenty of other men waiting in line to be with me."

Marvin matched both the edge in her eyes and in her tone. "All right then. Go to those other men and stop bothering me! As you can see, I'm busy here."

"Fine, I'll go right now!" No longer in the mood for a verbal sparring, Whitney turned and walked to the door, her high heels clacking loudly against the floor.

Ethan had been eavesdropping outside the entire time, his anxiety growing by the second. In the end he almost stamped his feet in frustration. Now more than ever, he wished he could somehow beat up that idiot, Trent Li. He never should have listened to that guy's disastrous ideas. Now things were only about to get much worse, and they would all suffer the consequences.

Ethan was neck deep in regrets.

Whitney stormed out of the room and he could only watch helplessly as her figure disappeared down the corridor. Then he slowly edged away from the door, mentally counting until all hell broke loose.

He didn't even get to ten before the inside of the room erupted into chaos. Ethan forgot about slipping away and hurriedly fled from the scene.

Marvin had watched Whitney leave, his scowl turning more menacing with every step she had taken. The woman in his arms seemed to have relished the experience, since she remained in place. As such, she was thrown quite forcefully the moment Whitney was out the door, and she landed a considerable distance from where Marvin was seated. The legendary devil had made an appearance. Paying heed to neither the pain in her body nor her messy clothes, the woman scurried out of Marvin's reach and crawled her way out of the room.

Marvin was livid; veins were bulging at his temples, and a muscle ticked at his haw. He rose to his feet, then grabbed his chair and smashed it over his desk. All sorts of things flew in the air and broke into pieces.

Amy Ai, the Chief Secretary, was right next door. She cowered on her table, trying her best to hold back her fear. She struggled to continue with her work, tapping her keyboard with trembling fingers. She ended up making several mistakes and repeating the task over and over. At the back of her mind, she sighed at the fate of the supplies in the president's office. She would have to go shopping and replenish them again. Now that she thought about it, this seemed to be much too worse, and much too sudden, than any other outburst their boss had displayed in the past. Her feigned composure finally crumpled; it just wasn't worth it. She rushed out of her office and fled just as Ethan had done.