Contract With The Devil: Perfect Lover  /  Chapter 1 The Creditor Came  | 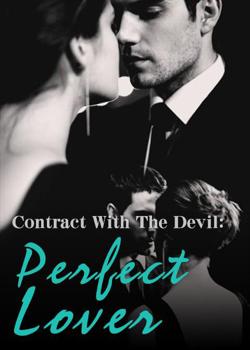 Wanda Lin should've had a happy family. At least, that was what she thought she deserved.

However, her life was fumbled upside down by a car accident when she was a child. She lost her parents. Back then, it seemed as if she was doomed to live the rest of her life alone.

Fortunately, her uncle took her in, but that didn't mean that life got any better.

Considering their poor state and her sick uncle, they'd always been struggling to get a day by when they weren't short of cash.

Wanda Lin, the hopeful little girl, was forced to grow up and work part-time even at an early age.

As she turned 18, she continued to work even harder. In order to save her uncle, she had taken several jobs at the same time. While some might collapse under such pressure, she continued persevering.

Her entire family's livelihood was on her shoulders, but she continued looking forward.

In the end, everything turned out in her favor. That day, Wanda Lin was about to collect all the fees needed for her uncle's upcoming major surgery. As long as that was paid, she could finally send her uncle to the hospital.

After quitting her last job, she rode the bicycle home happily.

She had never been so ecstatic before.

The wind blew her thin hair that grazed her delicate face. The sides of her lips inched up into a beautiful smile and her eyes lit up under the sunny sky.

She had already made up her mind.

As soon as her uncle was cured, she would find a job that she actually liked, make more friends, improve her lifestyle, and finally learn something. That way, she could bike ahead towards her future.

Finally, she arrived at their residential building.

It was a building on the old street. The apartments were usually inhabited by some old people or those who couldn't afford to rent more expensive apartments upstate.

However, as Wanda Lin parked the bike, she saw an expensive car parked on the streets. Her eyes widened. Even if she worked 24/7, she still couldn't afford that car! Why was it there?

She furrowed her eyebrows and went upstairs.

Somehow, she had a bad feeling about this,

and it seemed that she was right.

The moment she opened the door, she was greeted by her skinny uncle kneeling on the floor and begging the man in front of him. His words were filled with despair and grief.

His eyes flashed in indescribable fear.

"Mr. Qin, please give me some more time. I'll pay you back."

Their family did owe some money, but from what she knew, they only borrowed it from their own relatives.

Although they kept urging her, they wouldn't send men over to scare them. Plus, they were very reasonable people.

Finally, she glanced at the man sitting on the sofa.

She was sure she had never seen him before.

He was so young and handsome! In fact, his beauty could rival the stars on TV. There was just something about him tha

t reeked of allure and danger.

and clenched her fists.

The man lounged in their room casually, and his onyx eyes were cold.

He couldn't care less for the old man begging him for mercy.

In fact, he wasn't even looking at him!

Her uncle was still begging him.

Wanda Lin gaped at the scene.

When the man heard her uncle, he just chuckled. His lips raised slightly, and he waved his hand.

Hearing the man's order, the tall man in black immediately stepped forward and pulled out a delicately small dagger.

The scene brought Wanda back to her senses. She rushed into the room and shouted,

"Stop! We're ruled by law here. Aren't you afraid of going to jail?"

Although she was trembling, she managed to push the suited man back.

She was afraid that his uncle might suffer after this.

Regardless of fear, she had to be courageous to stand up for her own family. At this point, Wanda was willing to risk everything.

The man raised his eyebrows in surprised. He didn't know that someone would break in from the outside.

Then he surveyed her carefully.

"He owes a lot in my casino. I'm afraid you can't pay it back," he said snidely.

Holding back her anger, Wanda took out her bankbook, which held all the money she had saved for her uncle's treatment. She threw it at him.

"I have money here. See if it's enough to pay you back."

Although she didn't know what really happened, she knew that from the looks of it, her uncle really owed a lot of money.

She could still collect money for his surgery, but if she didn't pay off his debt now, her uncle might lose his hand today.

The man took the bankbook and smiled.

His gaze fell on Wanda.

He couldn't help but be amazed at the woman's guts.

He had seen many beautiful women in his job. In fact, he wasn't lacking them, but there was just something different about Wanda that drew him in.

He glanced at her in interest.

At the look of her shivering hands and trembling stance, he could tell that she was scared out of her mind,

but her protectiveness of her uncle overwhelmed that fear.

He closed the bankbook and signaled his man to back away.

The man in black returned to his original position behind him.

"Why don't you ask your uncle? Is the money enough?"

His voice was surprisingly pleasant to the ears.

Wanda stared at the man blankly before turning to look at her uncle.

It seemed that she was at a loss.

She didn't understand why her uncle would gamble so much, especially under such circumstances.

Hearing her cry, Ryan Li trembled. He didn't dare look at his niece.

He was useless. Although it was said that he'd taken care of Wanda, it was more accurate to say that she was the one taking care of him all this time.