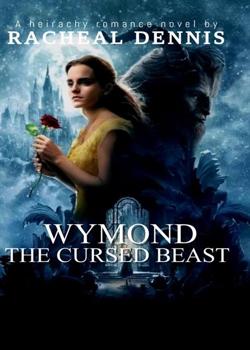 No one has seen him, No one can tell what he looks like, No one can tell if he's human, wolf, dragon, elf or vampire. We've only heard his very deep, hoarse voice that doesn't sound so humanly. We only know he's a ruthless beast, And that beast is the king of all supernatural creatures -he is King Wymond. He is an abomination -a mistake made by the moon goddess. There are rumors that he is immortal -are there still any immortals in this age? He walks the lands every night and kills any soul that crosses path with him or it, He never lets anyone see him and doesn't attend public meetings. He's always inside his palace, with those two big gates locking him away and isolating him from the world. Weird! How did he ended up becoming the king then? Every five years, girls who have come of age (18years to 25years), from different species (werewolves, vampires, witches, elves and dragons) are taken to his palace. We don't know why they are taken there, And we dare not ask why, because asking why is death penalty. And strangely, all the girls taken to the palace always come back alive, but they end up losing their memories of what had happened in there. No one has enough courage to investigate and find out what's going on -investigating is like walking into the valley of death. These are stories my grandma always told me when I was a kid, I don't know if they are real or if she was saying those things just to scare me. But I still couldn't help but wonder if it's true, Why does those girls end up losing their memories? Could there be a deep secret behind those closed, big gates? I never found answers to these questions, until I came of age -I'm 22years old now and I'm among the chosen girls this year. What's gonna happen to me after going to the palace? Am I gonna lose my memory like those girls? But one thing is sure, I must uncover whatever secrets they have going on in that place. And I mustn't lose my memory!