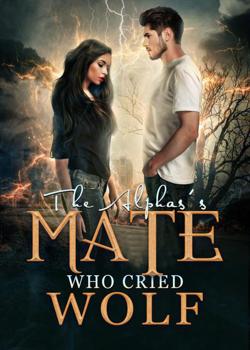 The Alpha’s Mate Who Cried Wolf

Astrid lives alone with her dad; she has no idea she is a werewolf or that they even exist! It turns out the man that helped raise Astrid isn't her father at all, he tells her that her mother wanted her to have a ""normal"" life until the day she turned eighteen when she would have no choice but to tell Astrid the truth about her identity. After a tragedy that killed her mother, her father turns abusive towards her over the years for her mother's death. Astrid remained completely unaware of her heritage, until a man named Ryker comes into her life claiming they are mates!