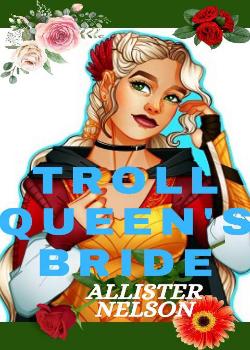 Three fated lovers: a shieldmaiden, a Troll Queen, and a Valkyrie. One price: the fate of all Midgard. Turiel is crown princess, but from the outlawed Northern Holds, bloodbound to Troll Queen Jarngrimr, and best friends with the stablelass Yolanda, her first love - until her poison kiss turned Yola into a Valkyrie, and whisks Yolanda from Turiel's grasp. Now, Turiel has been stolen into wily Queen Jarngrimr's realm, with only the goddess Skadhi and Yola - back from the dead! - to guide her. Lussi, the Snow King, craves a bride - and it is Dia's troth alone. Dia, the last blood mage from the line of the Isa, is all that is left of Turiel's legacy. Dia has been raised as Lussi's Magdalene - his ritual Bride - and ritual Slayer - for the past three years. Every Winter Solstice, Lussi can die, and Dia must kill him. But as Dia falls deeper into Lussi's sexy web - and in love - her heart is on the line! Other works and Ko-Fi: linktr.ee/avnelson