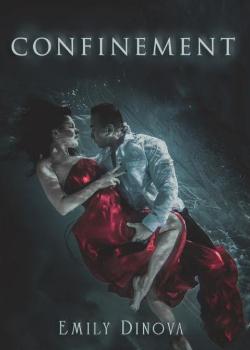 Zane is cursed. A magical creature trapped in the body of a human man. As hard as he tries to hate mortals, he cannot deny that he feels a strange connection to a certain woman… Sera has been alone her entire life. She is a young social worker who spends her days attempting to heal her broken city. She is destined to an arranged marriage, a life and social status she cannot seem to fit into. Lonny, her fiancé, who has just been released from prison, is hoping to win Sera's heart back, despite all the pain he caused her. Zane is bitter, jaded, and has given up on finding his way back to himself. Until Sera, the only one who can see Zane's true form, stumbles into his life. When Sera pledges to help Zane break his curse, the two are plunged into a dangerous, fantastical adventure that will teach them the sacrifice of self-acceptance, the heartache of true love, and what it ultimately means…to be human. Confinement is created by Emily Dinova, an eGlobal Creative Publishing author.