Romance My Unexpected Marriage to the CEO: A Sweet Second Chance 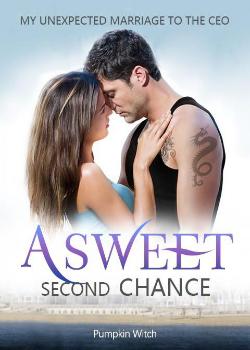 My Unexpected Marriage to the CEO: A Sweet Second Chance

Eveline married Shane, an obstetrician, at the age of 24. Two years later, when she was five months pregnant, Shane aborted the baby himself and proceeded to divorce her. It was during these dark times that Eveline met Derek. He treated her tenderly and gave her warmth like she had never known before. He also caused her the greatest pain she ever had to endure. Eveline only grew stronger after everything she experienced, but would she be able to bear the truth when it was finally revealed? Who was Derek behind his charismatic facade? And what would Eveline do once she found out the answer?

View More Comments on App
Latest Release: Chapter 724 Thank You Note   09-05 11:49
1 Chapter 1 Groans In The Study
2 Chapter 2 Travel
3 Chapter 3 A Fatal Trap
4 Chapter 4 A Desperate Night
5 Chapter 5 Aren't You Afraid That I'm Deceiving You
6 Chapter 6 His Wisdom And My Embarrassment
7 Chapter 7 The Shocking Truth
8 Chapter 8 Had I Been Blind
9 Chapter 9 I Believe In Myself
10 Chapter 10 Men's Cheap Promises
11 Chapter 11 An Embarrassing Encounter
12 Chapter 12 Ten Thousand Dollars
13 Chapter 13 His Domineering Protection
14 Chapter 14 So Pleasant To Hear
15 Chapter 15 Delaying This Won't Be Good
16 Chapter 16 He Protected Me Fiercely
17 Chapter 17 Know Your Name
18 Chapter 18 I Like Your Unique Taste
19 Chapter 19 At The Card Table
20 Chapter 20 Not Enough Money