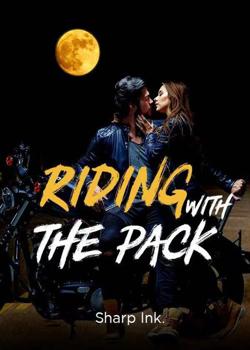 Riding with the Pack

When Harlow’s car breaks down outside of Gnaw Bone, New Mexico, she’s not expecting that the incredibly attractive man who comes to her rescue is part of a motorcycle club—let alone that he is a werewolf! Things are especially complicated as Harlow falls for Cyrus, the Beta of the Bone Hills Howlers, while befriending and working for his sworn enemies, the Blood Dogs. But can Harlow and Cyrus bridge the gap between their two rival packs…or will their passion force them to break every rule? *** I pulled away for a second. “I assume this is against the rules?” He responded by pulling me back to him, kissing me harder. Another moan escaped from my mouth as his lips made their way to my neck. When he reached my ear he whispered, “Tell me you’re real.” I laughed slightly. “I’m as real as they come,” I whispered back. I wanted more, and when I looked into his eyes, I could tell he did too. Riding with the Pack is created by Sharp Ink., an eGlobal Creative Publishing signed author.