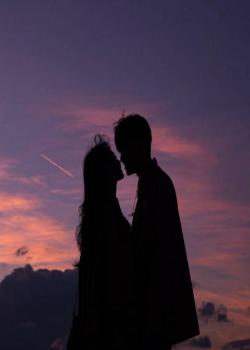 Late at night, cold as water, in the master bedroom, William Johnson was observing a female patient lying in bed. She is not an outstanding and beautiful person, even when standing next to some other people, her beauty is overshadowed. But William Johnson did not understand why, he suddenly had a strange sense of peace, it seemed that everywhere with her, everything became idyllic.

Then William also withdrew his gaze, he did not dare to look directly for too long, otherwise he would be guilty of dying at the hands of the owner of this villa. As the doctor of the Brington family, William Johnson feels that he has devoted too much good time to the Brington family. Even the freedom to love, William did not have time.

Today's patient of Mr. Johnson is very special, she is not a trusted assistant nor a member of the Brington family, she does not have the slightest threat to this family. She has been here for two years, for the past two years, William Johnson has always been the one to take care of and treat her.

The sharp needle accurately pierced the vein on her right hand, that skillful technique of William Johnson only made her hand ooze a few drops of red blood. But the patient is still lying asleep in a coma without knowing what is happening. After taking out the syringe for a few minutes, the woman slowly opened her eyes, a quiet look at Ton Tu Khiem made him feel a little peaceful. A weak voice spoke up:

"It's me, Miss Vandafeller, just rest."

William Johnson smiled brightly and reached out to touch her forehead.

“She had a fever, but it was mild but not too severe. Now you just need to take your medicine and rest.”

Jessica Vandafeller heard this and tried to sit up, William Johnson gently helped her sit up. She replied to him with a warm smile and then spoke softly, each word that made him a little surprised:

“Dr. Johnson, you are wearing a dark blue T-shirt and a pair of black trousers. Looks like you were in a hurry to get here.”

William Johnson was using medical bandages to bandage the wounds on Jessica Vandafeller's hand when he suddenly froze. His eyes were a little surprised. William Johnson then asked again to make sure:

“Miss Vandafeller, can you see? Can you distinguish colors?"

William Johnson was a little emotional. Jessica nodded slightly and then gently said to William:

"I do not know. Colors are flickering in front of my eyes.”

"That's good. Maybe because of the shock just now, your eyesight and your mind will also be affected.”

Jessica stared blankly at the hand that was clutching the blanket. The blanket was slightly wrinkled. As soon as William looked at it, he knew that she was worried. A bit of fear mixed with surprise. William can understand. In the Brington family, it is impossible to avoid bloody events like the one just now. Not only that, her husband is also an extremely cold and dangerous person. William saw the bruises on her hands and her worried attitude, and suddenly felt a sense of indignation.

William Johnson did not expect that his friend could cause such injuries to a woman. She was even attacked to the point of psychological instability. Initially, the two colors were black and white, but now there are faintly different colors.

Thomas Brington, it's really impossible to say. Once you get angry, anything is possible. Even mrs. Vandafeller was hurt. William couldn't help but blurt out and asked Jessica:

She is as pure and pure as her name. She looked at the injection mark on the back of her hand that William Johnson had just given her, then forced a smile and shook her head saying it didn't hurt. She quickly shook her head but did not expect that what William wanted to ask was the heart of Jessica now.

William Johnson was silent for a long time before realizing that Jessica and him were not talking about the same topic. Doctor Johnson really has to acknowledge the innocence of Jessica. I don't know if she doesn't understand or intentionally doesn't understand but the point here, what I want to ask is, did she feel disappointed and hurt when Thomas treated her like that?

Jessica stared blankly at William Johnson, and William shook his head. I don't know where Thomas brought this woman from, but it's really pure and naive. Poetry is like a bewildered golden deer. Unexpectedly, in the

middle of the night, Thomas forced William Johnson, a top doctor like him, to come to the Brington family just to do one simple thing, to examine Jessica and give her an injection. Thomas felt confused.

William looked at Jessica's face. Just because of this one woman, he had to leave the warm blanket and come here? She is not even Doctor Johnson. If it was someone else, surely William Johnson would never come, even if he paid his salary for the whole year, he would not come. But this is Thomas Brington, and William Johnson wants to refuse. William asked Jessica again:

“Well, I'm not asking about the injection, I'm asking about your feelings. Thomas did that and you didn't feel hurt?"

Jessica was simple and slow to react. It took her a few seconds to understand William Johnson's question. Seeing Jessica's innocent eyes, William did not hesitate to ask directly. Anyway, An Lo Khiet has also been Thomas's wife for two years, so she must be familiar with Thomas's perverted actions:

“I would like to ask if your husband's perverted actions have caused you pain? Just tell the truth, don't be afraid of anyone knowing. I won't tell mr. Brington either."

Although William Johnson asked directly, and even covered for Jessica, she was still adamant that she would not be harmed. William thought she was shy and felt embarrassed. He still wanted to ask more but stopped. In fact, even though they are close friends, William still knows the limit. Personal matters cannot be dig too deep. He also had to know how to stop, he had to know how to save his own life. Whether it's casual conversation or work, there must be a stop. Because the object here is William, a famous person who is quiet and decisive, in addition to being cold-blooded.

Thinking for a moment, William also sighed, then he took medicine to prepare for Jessica to drink. Jessica thought for a while but then stopped. He quickly prepared medicine for Jessica and left. Before William Johnson left, still tried to Jessica say:

"I'm fine, really okay. Thanks to Thomas, I was able to see colors again. I'm still fine. Thank you for your kindness.”

Jessica Vandafeller tried to deny everything that had just happened according to a daily routine. Usually Thomas is like that, still overbearing and self-determined like that. There were times when she was pushed to the end by him, but she did not suffer. Perhaps Jessica has long since prepared her mind for everything. But the incident just happened, Jessica Vandafeller, she was really scared and worried.

She thought a lot, she knew that one day this would happen but didn't think it would come so soon. He bullied her, he was angry with her, everyone knew. This is what scares her.

Until now,Jessica has always been afraid of other people's thoughts. She always pays attention to how others say to her and think of her. Thomas Brington can bully her, bully her, make her suffer no matter what, but it has to be in a place where it's just the two of them. She is very afraid of being known and derided by others. All the sympathy, sarcasm, and even pity, they are intertwined emotions and the angry eyes of people rushing to make Jessica can't stand it. That was what Jessica feared the most. That's even scarier than being bullied by Thomas Brington.

William Johnson saw Jessica's stubbornness and stubbornness to say no more, so he didn't say any more, but only smiled a gentle smile and left. Good or bad, Jessica Vandafeller is also his patient, the conscience of a doctor does not allow William Johnson to ignore Jessica.

For the past two years, he has always had to study Jessica's eye condition. One day, suddenly, Thomas treated Jessica cruelly and she suddenly saw color again. William Johnson was really confused.

After leaving the room, William Johnson did not forget to warn the servants about mrs.Vandafeller's condition and remind them of what to do and what to pay attention to before going to Thomas's place with peace of mind. Before leaving, William Johnson could not control himself, so he ran to reprimand Thomas. A nice girl like Jessica Vandafeller doesn't understand why she has to meet a cold-blooded guy like Thomas Brington.

William Johnson has been Thomas's friend for over 20 years and his understanding of Thomas is not bad. And what William is sure of is that if he doesn't say it now, Jessica will definitely have his wings broken by Thomas and can't be as normal as the day he didn't meet Thomas Brington.