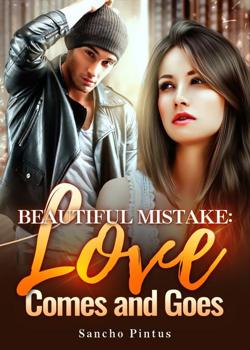 In the quiet morning, a faint moan broke the silence.

Cheryl Naylor was half-asleep. All of a sudden, she felt something cover her mouth, and a sense of heat and inexplicable desire spread all over her body.

Just then, a pair of big hands lifted the hem of her nightdress and gently caressed her skin, igniting her desire even more.

Cheryl finally woke up and met the man's charming gaze. His eyes were full of emotions that she could not understand.

As soon as she finished her sentence, Cheryl bit her lower lip tightly.

Jarred Fuller looked at her hungrily and said in a low voice, "Why don't you go back to sleep?"

Cheryl closed her eyes. She could hear his heavy breathing.

And she could feel his lips making their way down her neck. Then, Jarred bit her collarbone, as though to mark her.

She had never seen him so rough in bed before, and she wondered if he was going to devour her alive.

Jarred stopped in his tracks and all his anger dissipated. He gently nibbled on her lips and gave her a deep kiss.

The kiss was so passionate that Cheryl nearly suffocated.

She subconsciously wrapped her arms around Jarred's neck, clinging to him as if she was about to drown and he was her sole lifesaver.

But Jarred allowed Cheryl to sink to the bottom of the ocean of desire.

Cheryl lay limply in Jarred's arms, and before she knew it, her nightdress was taken off.

Their bodies were entangled. The air in the room was thick with intoxication.

Jarred exuded an aura so intoxicating that Cheryl felt like she was drinking fine wine.

Her eyes sparkled with desire, and she kissed him back.

Jarred's burning hot palm ran over Cheryl's slender waist and he suddenly climbed on top of her. It seemed that he was eager to possess her in order to soothe his heavy and uneasy heart.

The pain sobered Cheryl up.

Her heart banging against her chest echoed in her ears, followed by the doctor's words fr

om the day before: "In the early stage of pregnancy, you must abstain from sex."

As she recalled this, her heart sank and she pushed Jarred off of her.

"Jarred, we can't..." She bit her lip. She had wanted to say that she was pregnant.

In fact, she was going to share this good news with Jarred last night, but he never came home.

The two had gotten married in order to fulfill his grandmother's last wish.

But it was the first time that Jarred had stayed out all night since they got married three years ago.

Cheryl's mind was preoccupied with the news, so she didn't think about his absence too much. What she cared about was that they were finally having a child.

Although the marriage she had dreamed of didn't start off with love, at least she knew what it felt like to have a family.

Although Jarred never said those sweet three words, he was a very considerate husband in all aspects.

Now that they were expecting a child, she believed that their life would be even more fulfilling. But she had to be careful not to hurt the child in her womb now.

Consumed by lust, Jarred tried to get close to Cheryl again, but she shrank away from him subconsciously. She put her hands on his shoulder, her nails nearly digging into his flesh.

The faint sting and the clear resistance put Jarred in his place.

The memory that Jarred wanted to erase reared its ugly head in his mind again.

The lust in his eyes died down, replaced with an icy coldness. "You're refusing me?"

"Let go of me first," Cheryl said warily. She felt that Jarred was acting a little weird today.

With a sullen look in his eyes, Jarred seemed to think about something and he loosened his grip around Cheryl.

Then, Cheryl turned away from Jarred.

Brimming with excitement, Cheryl leaned over to get the pregnancy test report from the bedside desk.

But before she could turn around and show her husband the good news, she heard him say something that knocked the air out of her lungs.

"I want a divorce, Cheryl."