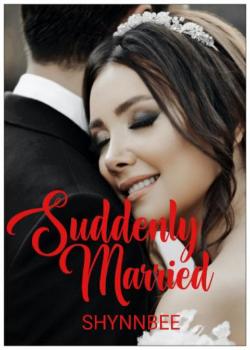 Beth is restless as she periodically glances at her classmates who are busy doing their science experiments.

She rummaged through the contents of her bag again, though she had just finished looking through all her eight notebooks, she still couldn't find what she was looking for.

She sighed heavily. She just sat there but as if she was in a physical education class because she felt tired now while searching through the contents of her bag. She's mentally tired too.

Next, she looked at her books. Even though she couldn't let that thing get stuck in there, she still looked for it carefully with the hope of finding that thing, but to no avail. Frustratingly, she messed up her hair. She was already feeling annoyed at the same time.

She sighed again, stressful this time. Her heart was beating so fast and her palms were sweating as well. She's too worried now and frustrated as well. Classes will end sooner, so she had to find it no matter what.

"Where are you?" she asked in her mind as she tried to remember what she had done this morning and thought of where she had gone the entire day. She was already feeling very anxious. What if someone would found it?

In their final subject that afternoon, her mind was preoccupied and she learned nothing. At a young age, her brain was busy imagining various frightening scenarios.

Kian being the most handsome man in their whole school. Ever since the boy transferred to their school, when they were only in the fourth grade, he never left her mind. Kian was the only one in her dreams.

He was her first crush or puppy love as everyone would describe it.

She came back to her senses and was even slightly surprised, when the bell rang. With her thoughts drowning in the depths of the sea, she didn't realized that their class was over. Their teacher is now leaving the classroom. Her classmates are busy arranging their things and ready for going home or others would stay a little longer for some errands.

She reluctantly arranged her belongings inside her bag. When she's done, she begin to search again in every corner of their classroom, with the hope of finding it now.

It seems she had lost in a gamble when she can't find it. She's praying that she just left it in their house, and that

it she didn't lost it like what she's been thinking since earlier.

She decided to leave and fortunately, Kian is leaving too. He glared at her and smile timidly. In an instant, all her frustration disappeared. With a smile from the man she admires, everything light up. She had temporarily forgotten that she was lost something valuable.

She was surprised when she arrived at the gate of their school and could not see his father, who always pick her up every afternoon.

"Beth, come with us. Your dad asked me to pick you up," Kian's father said.

Beth smiled and nodded quickly. Kian and her live opposite each other's house. So it won't be a bother if they take the girl home with them.

"You seat next to Kian at the back seat," Kian's father said. Beth's heart leaped with joy. Not only she'll be with Kian while going home but she'll also be sitting next to him. What a lucky day for her.

"Even if Daddy doesn't pick me up every day, it's okay," she said to herself as she restrained from giggling because of the things she was thinking about.

Kian's father ushered her as she gets into the car. He also put her bag in the trunk before getting into the driver's seat and start to drive.

She and Kian are now sitting with just inches apart. Kian, with a headphone plugged into his ear and the music was at full volume because she can also hear the music.

Beth felt a thrill inside her. Knowing she's now with Kian. It was even better for her father not to pick her up.

He noticed Kian remove the headphones. He glanced at her and gave her a boyish smile. Her heart jumped. She can even feel blood rushing to her face.

Kian opened his bag and pick up something from inside of it. He pulled out two pieces of chocolate bar. The young man smiled at her before handling her the chocolate bar.

Beth was surprised and did not move immediately. She can't believe that Kian would gave her a chocolate. For Beth, it was like a miracle had happened.

She immediately reached out for the chocolate that Kian was giving her. She smiled and thanked him.

After that, Kian put on the headphones again. And she on the other hand, was just about to hug the two chocolate bars she was holding now.

Secretly, Kian is glancing Beth every minute. He even let a sweet smile after seeing Beth reaction earlier.