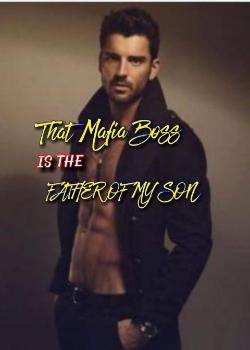 I was overwhelmed when I saw the watch on my sidetable at 6:30 in the morning. I still have a job today and I'll be late for the first day. I immediately went into the bathroom.

I can't do anything but hurry because I'm really late. Sir is also gone, he must have come home early. After I took a shower, I put on my suit attire and then left my room.

I also found Dad and my son hugging my son.

"Oh son, eat now…" My father smiled. My son also came over and hugged me.

"Morning Mommy, eat before you leave" my son said with a smile.

"Not baby, Mommy is going to be late, I'll just eat there ok bye just behave" I smiled and then I kissed her forehead before I left.

When I came out of our Gate I waited for a few minutes before a taxi arrived.

"Brother, please hurry up, Deluxe Company," I said. That's why he speeded up to drive, I'll be late in two minutes. Why did I forget to set my alarm clock in the room.

Just a few minutes ago I also arrived at the Company. I quickly entered. I'm just running so that I can get to the office in Sir Damion because my table will be inside, why is it still there because I can just be there outside his office.

I got to the elevator breathlessly, I didn't have a pack if they stared at me. I just got there before Sir Damion scolded me.

I entered the VIP elevator, I immediately hit the 13th floor. I calmed myself first, I was almost chased by 10 dogs because of the speed of my heartbeat. I finally got there and the elevator opened as well so I quickly pulled Sir Damion's door open.

I immediately opened it but when I didn't expect it, when I opened it, he opened it as well. So I lost my balance. At the same time, I stumbled and fell.

I was also overwhelmed by the pain. I quickly approached Sir Damion and saw his concern in his eyes.

“S-sarah I’m so sorry…” I was sorry, but I just shook my head. And bowed down.

"I'm sorry Sir because I'm sick" I bowed and I also apologized.

"No don't say sorry its ok" he gently said that I would have stood up and frowned because my foot was already sore.

I was shocked when Sir Damion suddenly lifted me up in a bridal style so my cheeks turned pale at the same time as my heart was pounding. I could do nothing but cling to its neck.

He immediately sat me down on the soft and long Sofa. He also removed my Hills which was only 1inches.

"Don't lied at me, I know your foot hurts..just a moment so I can be treated right away before it gets swollen" he worried. So I could do nothing but follow him. He has a room in his office here so he lives there once.

I close my eyes first while suppressing the pain I feel in my foot. Soon I felt someone caressing my foot. I also opened my eyes, and I saw Sir Damion smearing it like oil and then squeezing it.

I also get a little close because it hurts a bit as it moves around.

“F *** youre ok, still hurts ??” At the same time he approached me and then he touched my two cheeks. It's also awkward because he seems to be able to worry like he's known me for a long time. Is it ok Sir did he eat anything ??. He is also confusing.

"Huh, yes Sir it's ok… you're good at manhilot" I said smiling.

"Then good" at the same time he avoided looking, I saw that his ear was red.

"Sir are you okay, your ears are red" I asked.

"Y-yeah" he adjusted the buttoning of my dress, and swa

"Ok don't force yourself to walk ok, don't work first" he smiled and then stamped my forehead. He was about to leave in front of me when he stopped for a moment because my stomach growled. I'm already holding it in my stomach because I'm hungry too.

Knit when he looked at me.

"Didn't you eat your breakfast" he put his hand on his eyebrow.

"Ok wait me here, I'll just buy you something to eat" he said smiling. So I just nodded.

I breathed a sigh of relief when Sir Damion came out as well.

“Sir, I found her but bad news is that the mother is dead, that it was an accident when she was only 33 years old but your son is with his father. He really looks like his mother and then you have a bit of a child scratching ”the old investigator explained at length.

"Sir, I painted this where he lives and this is the address I wrote" all the information at once.

"Ok then ready and know I will get my only child" the old man said smiling.

The girl was shocked to feel someone caressing her lips. He also immediately sat down in shock. He didn't realize that he was asleep.

"Hey becareful" Damion laughed at the girl sitting in front of him. She seemed embarrassed because she found him asleep on the long Sofa.

"Amm, Sir have you come before" the girl asked shyly while still bowing. Damion lifted her chin so that they could stare straight at her, he smiled and then he arranged the tangled hair on the girl's face, pulled it towards the back of her ear…

"Done checking my face again baby ??" The young man gave her a foolish smile. That the girl's annoyance immediately returned so she immediately avoided feeling like it. Its heart is about to fall because of the strength of its beating.

He just laughed weakly at the girl's reaction. He got up to put down what he had bought for the girl to eat, before that he just picked it up without saying a word, the girl was surprised she didn't know what else entered the young man's mind for her.

Only then did he realize that the young man was sitting on his throne while he was on his lap.

"You can eat now" the young man said with a smile, as he placed the spoon in front of his mouth.

"Amm, I'm Sir so I can then I can just be there at my table or I'll just eat there on the Sofa" he stammered to Damion.

"No I can feed you" the young man said seriously to her. He lifted her chin again so he released the lip of it biting his teeth.

”Eat or else… I can eat you in my office” he husky said. The girl was shocked by what she heard, she felt that it would turn pale again or she would be swallowed because something might happen to them again.

"Amm, let's eat Sir" he stammered here. The young man laughed weakly, then he scooped it up again, then put it on the girl's lips, the girl's lips parted slightly, then she started eating…