His arranged fiancee  /  Chapter 1 We're out of coffee, mister  | 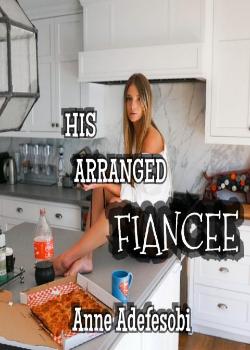 Alex Brown, a final year highschool student who loved to hide his status from outsiders most times except for his close friends who knew everything about him. He came all the way from San Francisco, California to the small town in Mexico for hiking and vacation together with his twenty nine other classmates.

He could be seen pacing down the staircases with his whole school squad closely behind him. Face straightened up, eyes narrowed, lips curved into a devilish grin and with two of his fingers tucked into his well tailored suit trouser. Mere looking at his facial expression screamed the guy respect had been trampled upon.

He led the squad to the motel coffee counter and rest one of his arm on the counter before saying authoritatively to the pale looking attendant.

"30 cups of brown coffee at the sixth floor. Right now" He said as he drummed two of his fingers on the well polished white wrapped counter fixing a deadly gaze at the innocent looking coffee girl attendant.

Series of expression could be detected on the coffee girl face as she blinked her eyes twice before parting her lips and began to stutter. She must have been astonished by his limited look.

"How is that possible?" he asked as he continued drumming his fingers on the counter.

"S..s... someone! She stuttered again

"Speak" he said grinning but it was obvious that he was about to lose his temper.

"Someone booked the rest of the coffee earlier and that's why coffee can't be delivered this morning to any other occupant of the motel. We are sorry for that. We will be of better service next time, mister" she said shakenly in a polite manner but almost out of oxygen. Alex knew the reason for her being distabilised since she wasn't the first girl to get goosebumps by his charming look.

"We will be of better service tomorrow morning. There is no more coffee, sir. I apologize." she said with a mixed expression on her face.

Maybe she would have to turn in the coffee if this handsome looking guy and his guys insisted on taking coffee that morning even though she had been warned by another pompous, rich girl that booked the coffee earlier on.

Alex Brown ran his hand through his hair and turned to his bestfriend, Bryce William.

"Apology my foot, Bryce did you hear that?" he said and gnashed his teeth gently.

Bryce gave his friend a side nudged and said "Guy, this morning is fucked. You know, maybe we should just go." Bryce cursed and patted his friend shoulder before they both turned to their other classmates who were by now mummuring and not satisfied with the insufficient coffee supply that morning.

Alex always wanted to be his classmates hero in situations like this so instead, he shook his head and brought out his debit card and said to Bryce

"Let hijack it from whomsoever booked it earlier." he said with another devilish grin. Bryce looked at his friend and chuckled.

Alex slide his debit card on the counter and bit his lower lip before directing a question at the attendant.

"How much was the coffee booked?

The attendant told him the amount that the arrogant girl had booked it which was double the actual amount.

"She..... " Alex said upon learning the fact that it was even a girl, looked at Bryce, smirked before staring back at the attendant and bit his lower lip. "We'll double the price. I want you to deliver the coffee ASAP."

The attendant eyes widened and she swallowed her saliva when she realized that the amount of the coffee had been quadrupled unexpectedly.

"Or, should we just go?" Bryce butted in as a silly half smile creased his face which showed that he was enjoying the moment.

At the other angle of the motel, some fashionable group of girls could be seen inside a big hall room all chit-chatting and dressing up for the day. And in their midst was a rich looking, arrogant girl, Kayla Davis, the daughter of a competent billionaire from San Francisco. She also came along with her classmate for the final highschool vacation.

Then suddenly her best friend, Carina Lopez who came from an averagely-okay family banged in and walked straight to Kayla who was busy styling her hair in front of the mirror, still having her white fluffy bathrobe on.

Some minutes ago, Carina had been wandering around the motel and sighted some bunch of boys pestering the coffee attendant. In annoyance, she had rushed back to the girls room to feed them with the latest update.

"Babe, you won't believe this" she called out and all the girls inside the room tilted their heads and paid attention to her.

"What's that?" Kayla asked with a raised eyebrow as she stiffened the straightening comb in her hands.

"Some bunch of yuppies are about to hijack our coffee as I speak." she said nervously which got most of the girls gasping and frowning at the same time.

She barely finished her statement when Kayla dropped the straightening comb on the bed and slid into her bunny slippers. Without wasting a single second, she could be seen dashing out of the room with the other girls closely following behind.

"Kayla! Wait! you still have your bathrobe on!" Carina said the moment Kayla banged out of the room without changing into any outfit.

"It doesn't matter right now. we have to stop them at all cost " Kayla replied.

"It's barely covering your...butt." Carina called out but Kayla was determined to quickly get to the scene before some annoying fellas hijacked their early morning coffee which she had booked for at a burgous price. She paid no attention to Carina warning as she was heading straight to the coffee counter in a tigerlike grace.