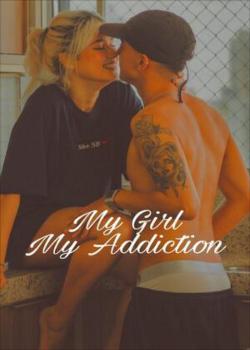 I was in my house sipping wine with my leg crossed among each other while listening to the fucking news going on, this should be a warning to the president, you might not believe it but the head of the country himself deals on drugs, deceiving people with politics he knows me and he's afraid of me, in fact, all of the politician deals on a drug, but it's so funny the people they rule are cooled because they don't know what those they called there leaders do behind the closed door.

The president sent his men to hijack one of my drugs which is worth more than a billion dollars. Well, I already sent him an early morning coffee. He should feast his eyes on one of his men's dead bodies that my men dropped at the presidential residence this morning.

These should teach him a lesson, not to bite the bait, how dare he? Try to hijack my drug. I swear if he tries that bullshit with me again I will pay him an " August visit I said in anger, mother fucking cunt that's what he is.

well, am Luther, a hard time drug dealer, one of the most feared drug lords, each day billions of dollars come into my account from drug shipping.

I started working as a novice for my boss when I was 12 years old, lived in the street all my life, thug life have thought me a lot of shit, that I can't go back even if I want to, those fucking rulers get billions of dollars every day but we still have people on the street that are broke.

Whenever I look at the president and all those fuck heads of politicians I feel like blowing off their fucking head, street life thought me to be hard-hearted, because only the strongest survive on the street, it was never an easy experience,

My boss pass onto me all his wealth, when he was shot by one of the fucking President's men and I promise that cunt, I will bless him in the same way someday, because of people like him, at a very tender age I'm already shooting gun and smoking because for you to live on the street, you got to act as one, the leaders saw us and never did anything to help us, I swear on a good day they will kiss their asses goodbye, on a good day it will happen.

They called me Lord of all drugs, but I call myself invisible. When it comes to shipping drugs, I have boys all over the country that work under me.

Am the best drug here in New York, nobody can beat me in drugs shipping, not even the fucking president himself.

Am the invisible drug Lord, the arm forces ha

ve tried getting me and it turns out futile,

Now they don't waste their time because I am always a step ahead of them.

"Any plans for today?" Nickolas my guard and also my buddy asked me while coming downstairs,

"No" I replied bluntly, I don't feel like stepping out today.

"Come on bro," I need to fuck some pussies tonight he said,

"At least am better than you," He replied eyeing me dangerously

"Am in" I said grabbing my shirt walking out

I and Nickolas, have been best of friends, for as long as I can remember, though he is my guard, we have been through a lot together, am not interested in women but trust me Nickolas is a fucking womanizer, he fucks anything on the skirt so far it's fuckable, I swear that cunt head has a serious problem.

Stepping into the club the buzzing sound of music welcomes my ear, fuck I muttered everywhere was hitting up, some people were making out while some were seen dancing, some were gambling, a lot of illegal things is been done here, I saw a guy and a blonde hair girl making out at the corner, fuck those two sucks.

Immediately we entered fully into the club we drew attention towards us, some bitches were giving me seductive eyes while some were trying to flirt with me, I scoff bitches will always be bitches, more reasons why I don't do love shit and all that.

I sat close to the counter near the bartender, while Nickolas was sitting opposite me, I ordered a bottle of vodka.

A blonde hair lady catwalk towards me swaying her hips, I sit still watching her moves, Nicholas already went off to dance with some bitches.

"Hey handsome" she called but I didn't speak a word. I don't know what gave this bitch the guts but she sat on my lap, trying to twerk on me.

"Bitch get off me or else I blow your fucking head off here and now" I spoke up in my deep baritone voice and I swear chill ran down her body immediately making her shook in fear, I stare into her eyes and saw fear, instantly she hopped off my body, not without giving me her middle finger and walk of.

Bitch I cussed, feeling disgusted with her smell on my body, I took the bottle of vodka and gulped down the whole content, damn.

I don't know what message Nickolas got on his phone when he got back and his mood changed to anger Instantly.

"The fucking Russians hijacked our goods," he said angrily, ruffling his hair angrily.

with that I stand up, let's get the fuck outta here, I said to Nickolas going out angrily, There must be bloodshed, I said within me in rage.