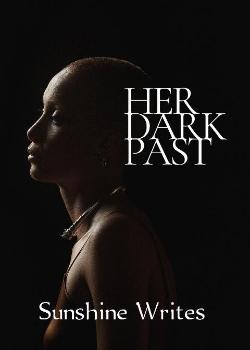 The blaring of loud music could be heard miles away.

Sparta Club house has been the only club house in L.A.

Only the wealthy can afford a ticket to go in while the poor wish they could.

And there is Alicia, the club's best dancer, she's a beauty to behold even on her mask, one could see her beauty by just looking in her dark green forest eyes.

Different voices from different men could be heard as Alicia stepped in.

But that isn't why she's here, she's here for a reason and right there is her target.

"Say good bye" Was the only word she said before going to meet a man at the other end.

"Hey handsome, mind spending the night with me?.

"If that is what you want baby, daddy is ready to give it to you" the pot belly man grunted, with the look in his eyes one could tell he drunk.

"Can't wait baby, let's get a room, he was so lost that he didn't get the suspense in her tiny voice.

"We are here boss" my driver Killian called out to me as we got to a halt at the front of the club house.

This has been the only place I do come to whenever I'm sad or...

I better not say that and being the only son of the mafia leader, I need to be wild.

I stepped out of the car, handing over my bag to Killian, he's been the only person I trusted.

"Take care of this while I return, don't go anywhere but you can come in with me if you want to"

"If that's what you want, see you later" with that i walked in.

This place look rowdy than before, is there something i'm missing?

I walked to the VIP section, for rich niggas like myself, i don't care about the price of any wine cause i can afford it.

"Hey man" Lucien called out to me.

I love clubbing but km no where near Lucien, he's a Manwhore who loves getting under anything on skirt.

"Hey, have you seen Gabriel?"

"He was just here, maybe he's gone out with a bitch, sit down let's have some drinks".

"Not without having a drink" I quickly poured a drink in a glass putting some quantity of of my dose.

As small as it is, it kills very quick and one thing about it is that it is not a poison.

If someone should die after drinking this, they will find no evidence that he was murdered.

Well he's the forth person i have killed, seven is left, this is a victory and must be celebrated.

"Have this honey" i handed the glass over to him, he collected and drank it all at once without checking the content, not like he would notice anyway.

After emptying the content, he started coughing and gaging.

"What did you put in the drink" he tried gasping for air, but it's to late, just ten seconds remaining and you will a goner.

He tried holding me while i drifted back.

"This isn't over, he's gonna come for you, my boss is gonna kill you". He coughed his eyes already red from the effect of the drugs.

"Don't worry, your boss is my next target" i said before he finally gave up a gh

I quickly left the room to the dance floor, i dance after accomplishing a mission and i just accomplished one.

I turned and my eyes met with eyes, i'm drawn to, those eyes I've fallen in love with and those eyes of my worst enemy, the eyes of the person who is gonna die by my sword.

"Alicia, let's go home, it's late already and tomorrow is Monday...no today is Monday, you can't afford to be late on the first day".

I can't argue with her cause she's the only person who was able to put up to my act, she was there for me even when i lost hope in myself.

"You came to spoil this moment, aarrggghh, you're just a show spoiler" i got down the dance and left for home with her.

We got into our old rusty truck and drove home.

I turned back to look at the lady, but she was gone.

"Who is she? There's this Aura around her that i'm drawn to, i wish i could just see her once more before goin...."

"Gabriel...." He said pointing towards the direction of an empty room.

"Speak before i cut off your tongue, what happened to Gabriel?"

"He's dead" for a minute i was dumbstruck, i couldn't grasp what he was saying afterwards.

"Did you just say Gabriel is dead? Was he murdered?

"Just like the rest" was the only thing that came off my lips.

This is not the first day, my men has been killed by an unknown.

But who could that be, nobody can take down my men just like that.

"Call the rest, we are heading back home, i will be in my car, don't keep me waiting".

I got into my and put a call to my dad, he's the only one who can tell me what to do in this situation.

I'm so confused, who is killing them?

I couldn't wait any longer as i asked Killian to drive me home, i'm going insane.

I opened the sheet of paper and read through it again.

"Don't think you can find me, I'm coming for all of you"

"Drive fast Killian" i barked at my driver, i'm so confused and angry right now.

We got home and i quickly stepped down not waiting for him to open the door for me.

"One of my men has been killed again"

"Were you able to apprehend the killer?"

"Just like the rest, he escaped, I'm really fucked up, I don't know what to do"

"Go in and have your rest, I would know what to do".

"Do you expect me to rest in a situation like this? Oh no man we gonna look for the killer together, I ain't got time for rest".

"Call the rest of the boys"

"They'd be here soon, I already called them".

"Did the murderer leave anything behind?"

"Just a fùcking sheet of paper".

"Can I have it?" I stretched his hand while I handed it over to him.

"Is this the only evidence you got?"