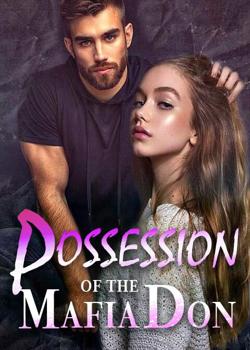 The evening was calm. Dusk settled over the valley gracefully, like a soft shawl tenderly wrapped around the shoulders of the mountain peaks that surrounded the tiny monastery which lay half-hidden on the slopes of the mountains.

I smiled as I straightened up, having rocked my twins to sleep. Almost two years old now, my son, little Piers drifted off to sleep almost immediately. My daughter Ria, was the stubborn one, who went to sleep unwillingly. I tucked the cotton sheet around her plump little body, dropping a kiss on her golden curls. A real fighter, I thought fondly.

Like her father, said a small voice inside me.

I sighed and stood up, wearily. This had become my home, this little monastery tucked away on the hillside of the Himalayas. The orderly, serene life of the Buddhist nuns and their unconditional acceptance had been a balm on my sore heart and when I gave birth to the children, the nuns had nursed me with tender care.

Yet the thoughts of Gaston, the man I had loved so fervently and the father of my twins, remained with me all the time. Even though we were thousands of miles apart, he remained in my thoughts all the time. Every second moment, I thought about him. Of course, looking at the children with their ice-blue eyes and mops of blonde hair was enough to make me think about him easily enough.

Those ice-blue eyes when they had raked over me, the powerful outline of his shoulders as they loomed over me as he had claimed me countless times; I even longed for his harshness, his cruelty, I thought, my eyes welling up at the very thought of the man who had been my much older and experienced lover, the father of my beautiful children although there was a huge catch there.

Gaston St.Claire had no idea that they existed.

It had taken all my courage to run away from him, to slip away into the crowds, leaving everything he had gifted me in that careless fashion of his, the little flat in the suburbs, the expensive trinkets and baubles that I had cherished, taking them, foolishly enough imagining them to be a sign of true love. I winced as I thought of what a gullible fool I had been...

The sky had bled into shades of pink, violet and orange in turn as I stared, lulled into a peacefulness, where the distant sound of birds flying home trilled through the air.

Gaston had been a don in the real sense of the word but I had ignored what he did, uncaring about how he managed such a lavish lifestyle; he kept me insulated from his world as well. But looking back now, I realised that I had been burying my head in the sand to avoid facing the truth. Gun-running and drugs, I had discovered while listening to the snippets of conversations over the phone as he lay with me after we had shared a passionate night of lovemaking. He would lie with an arm thrown carelessly around my shoulders stroking my bare skin absently while I snuggled up to him, relieving the intense bouts of lovemaking. It had shocked me at first but since I was on the fringes of his other life, never accompanying him anywhere outside the house, I was content to live in my bubble.

Every girl dreams of taming the bad boy, in this case, a man almost twenty years older than me! At the young age of eighteen, I was also under the same illusion, poor fool that I was!

When I realised that I was pregnant, I had been over the moon. Until I found out that he regarded me as just another plaything, a woman to be toyed with and discarded when he tired of the novelty…

Today the life I led in the monastery was safe and tranquil. Yet, in some hidden part of my heart, I had hoped that he would come looking for me. But as the days had become months and now it was almost two years I had gradually come to realise that I had, after all, only been his plaything of the moment. That the love, the hope I had carried in my h

I loved this time of the day because I could spend some time in peace, away from the demands of my twins, resting after a day of work.

In the stillness of the evening, while the nuns were at prayer, chanting, I sat quietly on the still-warm stone steps outside the monastery temple, facing the dense forest.

The gentle mountain air should have calmed me but when the image of the man who been my life, came to my mind's eye, I squeezed my eyes shut and felt the heat rise in my body. As though he was still beside me, physically. The pale blue eyes glowed with passion. His hands...

This was wrong. I should stop torturing myself.

It was when I was alone that I allowed myself to think of him, every evening, asking myself what he must be doing, wondering who was spending the night in his arms, in his bed...and the pain still felt raw.

Even after a year and seven months.

I worked as an administrative assistant to the head priestess of the tiny Buddhist monastery, tucked away in the foothills of the majestic mountains. My job was simple, helping with the correspondence. It was an unpretentious life, without being in any related to the world of the wealthy in faraway USA where I had grown up, learnt so much of life.

Where I had first learnt to love passionately. Where I had had my heartbroken...

I shrugged my shoulders in resignation. I was secure now in the serene hills, my children were looked after...

The soft patter of bare feet on the stone floor caused me to turn around in some surprise. Rarely was I required to attend to any task after dusk. It was already time for supper.

A young nun stood in the doorway, her pretty pink face glowing as she smiled shyly at me.

"What is it, Sonal?' I asked gently for I recognized her as one of the young girls who often helped in the kitchens.

"Memsaab," whispered the young girl" someone has come to meet you."

I frowned in puzzlement. Who would come to meet me? It had to be about the small conclave to be held in town next week. All the arrangements had been made; I had personally spoken to the organisers but perhaps some things were remaining to be attended to.

I sighed and stood up. Perhaps, someone who wanted to discuss the arrangements for the monks who were visiting next week, their stay in the monastery further up on the hills, I thought as I followed the girl.

Wrapping my long heavy hair into a makeshift braid and tried to mould it into a messy bun at the base of my neck, I set off down the silent corridor, indicating that she need not accompany me.

I caught a glimpse of myself in one of the ornate mirrors outside the hall as I made my way along with the walled courtyard, the stones warm under my bare feet.

The image that stared back at me wasn't very flattering. Short, barely 5 feet tall, with a generously rounded figure. My body was half-hidden in the simple maroon robes that covered me, long black hair swinging in a braid as I walked. Although I had turned nineteen seven months ago, the events that had made me flee the US and the birth of my twins had honed wisdom in me. I felt older, wiser.

Brian Gaulle, the French man who was now a good friend of mine, never seemed to tire of pointing it out to me.

I felt a blush rise in my cheeks as I thought of Brian, earnest and affectionate. A devout Buddhist who had rejected his western way of living and now spent his time writing and teaching here among the serene mountains, he had made his interest in me plain. He wanted to be more than just a friend but I was wary of admitting another man in my life. True, my twins liked to spend time with him and at twenty-four, he was definitely a younger person I could laugh with, share my problems with...

But...my foolish heart still ached for the harsh, dominating older man I had run away from.