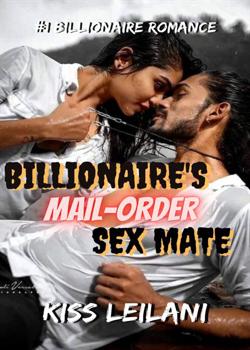 Devon Carter finished playing the video game and watching yet another new movie. He's so boooooored, it's not even funny.

This is exactly why he didn't take the fucking leave when it came, that's why he left it to become long overdue.

But after the last mission, the boss was determined to let their team have their rest for at least two months before they resume stronger and well-rested. At thirty-three, he works for a very private top-notch Extract and Rescue Organisation (EXO). He kicks asses and saves people for a living.

He snorted mentally. Yeah, fucking-right. The only way they're gonna return is crazy and half-insane.

One month has passed already, and Devon is counting for the remaining month. He's tired of the vacation.

He's visited all his four sisters and their husbands, and he's spent time with his mother who's staying with their eldest sister, Carmen, who's the only person older than him.

He'd gone on a tour in Jeju Island, and he'd visited clubhouse more than a whore on promo.

He got up again and went out to the barn. Since he has nothing to do, he can help the workers feed the livestock.

An hour later, his cellphone rang. He picked up the unknown number.

"Sure." He hung up. Anne is only but one of the one-night stands he's had since he got back to Wyoming, Texas.

Only, Anne doesn't want to leave him alone. The woman doesn't understand the word 'I'm not interested.'

He sighed and went back to feeding the chickens.

"I don't know what to do, Yenna," Raniella said to her friend, pausing her typing on the desktop in front of her.

In her office on the highest floor of the skyscraper, she sat behind her desk trying to get a job done since morning.

It has proven impossible because she can't forget the call from her mother last night.

Yenna sighed, shifting the files she has on her hands to rest on the other hand. "Maybe you should just go home alone and tell your mother that you and 'your man' broke up a few days ago, and that's why you ain't back home with him."

"And endure long hours of advice? The pity looks?" Raniella threw her perfectly manicured hands up in the air, "she'll start sending me books again on 'how to catch a big fish, you know my mother."

n friends with Raniella for the past three years....that's how long she's been her manager.

Yenna took a seat opposite her friend. "What are you going to do, Ella?"

Raniella sighed. "You just asked me a question I've been asking myself since last night, I don't know what to do."

Yenna's head was working, thinking alternatives. "And you can't just go to a club and snag a guy tonight right?"

"My family knows I've been dating this 'guy' for the past six months. Any man I snatch now from the club won't convince my parents at all. He'll practically be a stranger." Raniella got up from her chair restlessly and walked towards the window.

"Besides, you know I'm not really good at those; going to a club, snatching a guy." She finished.

"That's because the last one stole my gold wristwatch and made away with my brand-new laptop."

"Tell me about it. Anyway, I'm not interested in all those now, I have a business to keep running and I've got George at home to keep me from getting bored."

Yenna snorted. "Yeah, right. Why don't George escort you to see your parents since he's such a good company?"

Raniella gave her a mock glare. "Don't insult my dog, you wicked witch."

Yenna took a deep breath. "You're my friend, Ella, and I love you so much, but I have to agree with your mother a little bit. You're too uptight, and you don't even know how to live a life."

Her back stiffened. "I love my life the way it is, Yenna."

Yenna knows the familiar defensive pose and raised her hand in surrender. "Alright, alright. No need going all soldier on me, I get it, best friend."

Raniella relaxed and faced the window again, overlooking the building.

Yenna stared at her friend. Blond hair packed tightly in a bum on top of her hair, well-ironed blue business suit, and black stilettoes. There's no hair out of place. No dirt on the table. Everywhere is well arranged. No disorganization.

Ella is a typical example of a no-nonsense, prim and proper lady. At twenty-eight, she's a beauty to behold, rich and successful.

But, her friend is too serious about life. After what happened with Garrett, it became worse.

Yenna wishes for that to change. She wished for there to be a way for her friend to loosen up a bit, let go of some things and try to enjoy life a bit.

"Oh, Yenna. What the hell am I going to do?" Raniella groaned again.

An idea was starting to form in Yenna's mind.