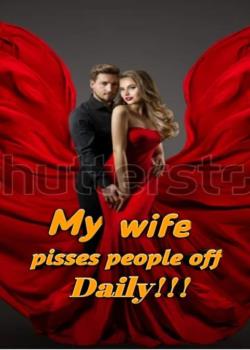 The conference room turned quiet as a tall man dressed in a cashmere coat walked in. His lips were pressed tightly and he oozed of charm and strictness as he made his way to the main seat. Sitting around the round table, were elites old enough to be his father but they all stopped chattering the moment he took his seat.

A man with a scruff beard got up and bowed before walking towards the BenQLK95 projector placed at a corner of the room. He fixed some things and an overhead lens slid down.

Their gazes were all focused on what was being displayed and the room was quiet except for the tapping sounds of the tall man knocking his fingers on the table and the man explaining things.

“Has Dr Liuren confirmed that she is good to go?”

“Yeah. Everything is ready.”

“What about the home and the mother?”

He got up and walked away directly with his assistant in tow.

“Young Master seems to have departed for Australia ten minutes ago.”

He paused, frowning before turning to look at the other man and asked “My wife?”

“She just left the villa.”

He nodded and walked out of the building before getting into the car.

The rain came in torrents beating her skin as she knelt on the muddled red earth. Her dirty clothes danced in the razing wind but she seemed to have no care. Across her, a

mound was in view. It seemed to be the grave of someone. The falling rain seeped into the mound soaking it.

She looked like every other teenage girl but on closer look, one would see her slender fingers tightly clenched. Her countenance was blank as she gazed affront with her red puffy eyes. Her onyx orbs held no emotion in them as she gazed at the grave with cold eyes.

Time slowly faded away but she still knelt in the same position. Then after what seemed to be hours, she lifted her legs and stood up. Her legs were wobbly and she couldn’t stand properly for some time. She lifted her mud stained hands and kowtowed thrice.

“Mom, Xin Er will work hard. I’ll get justice for you”

No other words left her lips as she lifted her legs and left without looking back. Behind her, the rain continued to fall and a dark shadow also disappeared.

In a large villa, a man stood by a window and sighed

‘My Lady, I hope you can withstand the ups and downs of this world'

Mo Xin Er trudged along the streets of Wuhan, battered and distraught. Her inky black hair was stuck with sweat on her face. Her eyes were threatening to shut as she glanced around. She had been trying to secure a job all morning. She realized that if she wanted to get justice for her mother, she needed to work harder.

She seemed to have been exhausted and unable to keep up anymore. She collapsed!!