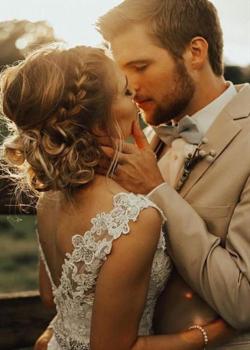 I am happy today. There is nothing special. I am always happy but today I am gonna watch a play.

I hummed as I was listening to my favorite song

don't judge me, by what song I am listening to. ..

Today there were limited classes to be attended...

I was thinking about how the world will be without so-called love .....

All the people in the world could say Love is blind...

But I won't believe in love, that stupid love ..., But I don't why all the people are going behind the love which betrays them and destroys their faith and life.

My first love was at the age of 14 years. Ya, I experienced my first love at a young age and also experienced the betrayal. An unforgettable betrayal that made me throw out my old version. A tear fell from my eyes. I immediately wiped it off.

Wait it's the voice I have been waiting for.

My lovely drama series created by me begins.

I turned and looked at the voice source. As expected, it's my sweetheart, Rebecca.

She was opposite to her name *haha*...

she is the one I was waiting for for so long ...

"Are you a slut ?" Rebecca yelled as she banged on my desk. oh, she won't leave me before she gets a satisfying explanation.

I questioned her, " why are you asking me such a question, Rebecca ?"

Rebecca said, " don't act like you don't know anything ".

I frowned " what are talking about?"

" you, bitch. you know Ethan is my boyfriend. Then why did you seduce my boyfriend and went on a date?"

Within a second, I began to weep. before she could see it.

This stealing of my friend's boyfriend became my hobby or a habit for me for the past year. Really I love stealing the boyfriends of my friends and tear the masks of these boys in front of their girlfriends.

Rebecca said " I got some pictures of my Baby dating a woman. I know that woman is YOU."

" Someone has sent you the photos just to create a misunderstanding between us. how can you believe others, not me ?" I asked as I rubbed my eyes with the heel of my palm. stupid Rebecca, I am the main criminal to send this picture *haha* I giggled in my mind.

"don't say lies, bitch. if my boyfriend called you to meet him then why did you seduce him and agree to have sex with him .."

[don't believe her. I hate that so-called physical touch. I will always talk with those disgusting guys with one arm's distance, they are like a disease, so always social distance is maintained. Coming back to the matter. To make Rebecca's boyfriend and Rebecca believe that we had sex. I gave him a high alcohol drink with sleeping pills. With that, he was muddled, immediately. What a poor boy. After taking it he went to his sleep. to make him believe that we had sex. I just played some games. But that idiot easily believed what I told. ]

Rebecca believed what I said.

she was about to leave but stopped and warned me to stay away from her boyfriend. After getting satisfied with the words, I agreed that I won't meet him again. She left the place with her friends.

And again I continued with my business.

after a few hours.

today's class got over. I was about to leave my classroom. I heard some noise. I turned and took a look. it's my sweetheart, Rebecca, and her boyfriend were fighting. .. I laughed in my mind...

This was the so-called love.

so that only I hate the word or the feeling of love. True love was only if he loves her soul not her body and believes his/ her truly against the third person's words......(but some attraction can turn into true love. we will see what will happen to our female lead and male lead relationship. )

Mr.Carlos Carson: a friend of Risa.

Mother and father : ( No information for now )

Mr.Martin Winslow: a friend of Alex (also the doctor for Alex and important role in the dark night ).

I have explained to you most of the characters but there is still more .....