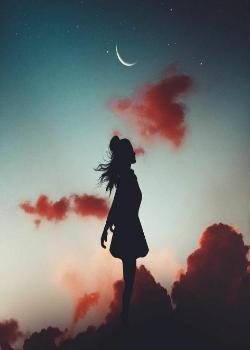 A life without hope, happiness and delicious food isn't a real life, that's the motto our protagonist, Ashley, uses in her everyday life, she lives for today and tomorrow, to the fullest with a smile on her face and when things go rough, she looks up to the sky and hope it will be better one and for it to pass.

That's how she passed her days, her boring life that consisted of her and her bunny pet, she didn't have any friends, because of how awkward she was at conversation and trying to maintain a relationship with someone, she only had colleague at work, who she rarely talks to, at her office work where she worked fa 9 to 5 job, her life couldn't get any more simple than that.

Her only pleasure in life is watching dramas and dreaming about her love story, that she hopes she will experience one day.

One night, while she was playing with her bunny, a voice came to her head, telling her that her time to taste love is here and that one true love is waiting for her in another world, that she has to go to him and catch him before he is gone, to the other side.

Ashley was understandably confused and thought it was a hallucination, coming from the drama she watched earlier where the heroine goes to another world, she really needs to stop watching dramas constantly, it's starting to mess with her head.

"Koo, do you think I am going crazy?" Ashley asked her bunny, as she held him and patted his head, while he stayed in her arms quietly.

Suddenly, a white hole showed under Ashley, taking her by surprise, she didn't have enough time to react or do anything to save herself, so she sank to the floor, holding her bunny tightly and hoping that this is all a dream.

"Hey! Ash! Wake up, it's time to go." A voice screamed at Ashley, who was laying on the ground motionless, seemingly unconscious.

When he didn't hear a response, he left and brought a cup of water, then dumped it on Ashely's face, waking her up and making her wet from the head to the shoulders.

"What did I tell you about sleeping on the floor? It's not good for you and the baby, come on, get up." The p

erson said, as he helped the confused Ashley get up, who was wondering who this person was, she doesn't have friends and her neighbors never talk to her or get inside her apartment, so who was this? "And sorry I dumped water at you, I just didn't know how else to wake you and you already have me permission to do so when I find you like this." The person added, then he noticed something coming out of Ashley's stomach, from under her shirt, a bunny came out.

"When did you become a magician? Or did you adopt a bunny? Weren't you the one who always said pets are nuisance and a waste of effort and time to take care of. Ash, hello! What's wrong with you? You are looking at me as if it's the first time you are seeing me." The man said, noticing Ashley's weird looks at him, as he helped sit on the couch.

"It is my first time seeing you, who are you exactly?" Ashley asked, as she retreated her hand from his and held to her bunny, the only thing and being she knew in her life.

"I am Alvin, your best friend? Your bisexual friend who confessed to you and your husband in the same week? We became friends after that and I am the first person you told about your pregnancy. You encouraged me to confess to my childhood friend and consulted me after I was rejected? If you don't remember me after those huge evens that made us close then you must have lost your memories." Alvin didn't know what to say, he thought him and Ashley were like siblings, after all they have been through together, he treated her like his little sister and she did as well, so what happened now? Did that asshole husband of hers do something again? "Was it Chad? Did he tell you something again? Did he do something to you? I am going to kill him."

"Chad? Who is Chad? I am sorry but I don't know you or him, I have to go home, my job starts at 9 and I need to feed Koo." Ashley said, as she got up to leave but was pushed back down by Alvin, who wasn't willing to let her go until he understands the whole damn thing, what's happening with her and why doesn't she remember him or the man she loved for twenty years.