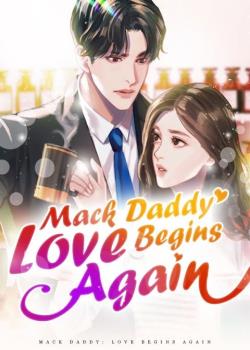 Celia Shi was certain she was going to die. Every direction she looked, raging fire would come before her eyes. She knew it was only a matter of time before the fire would consume her, turning her into ashes.

Frightened to the core, she closed her eyes, bracing herself for the doom that would befall. But before the fire could get to her, another force came into action. It was an invisible redemption, freeing her from hell.

Her consciousness sank into the abyss with redemption.

The alarm clock pulled Celia Shi out of the abyss. She woke up with a start. Her heart rapidly thudded against her chest. And blood began to pound in her ears, almost deafening her.

It was the same nightmare!

Since the night of the rainstorm, she had been seeing this same dream. It was both terrifying and vivid!

With the back of her hand, she cleaned the beads of sweat that had formed on her forehead. Lowering her head, her gaze fell on her slightly bulging belly. She couldn't help but caress it lovingly. There was a hint of bitterness in her eyes.

Once again, she recalled the events of the past. Four months ago, when she learnt she was pregnant, she told Karl Luo the good news. But to her disappointment, he stopped picking up her calls. Even though she had gone to his office, she hadn't managed to see him.

After having known him for seven years, she didn't think he was capable of such cruelty.

'No, my Karl isn't like this.' She couldn't understand why he was abandoning her. She was determined to get to the crux of the matter.

She was in her office, lost in thoughts. Suddenly, the door was pushed open. A man and a woman entered, hand in hand.

When Celia Shi raised her eyes, she was shocked to see who they were.

It was Karl Luo!

The woman whose hand he was holding was Lana Shi, her half-sister. Paying her no heed, he continued to look at Lana, making sure she was alright. With his support, Lana sat on the chair. Then he carefully sorted out the woman's collar with his bony fingers.

'Why is my fiance tidying up some other woman's collar in front of me?' She couldn't wrap her head around that. Seeing this, pain coursed through her heart.

Before she could get over this shock, something else caught her attention. Lana Shi had her hands protectively wrapped around her belly. The little doubt Celia Shi had was cleared when she met Lana's eyes. She passed her a complacent, self-explanatory smile.

"Doctor, the baby's father and I are here for prenatal check-up. Please show us the ultrasound."

Lana Shi referred to Karl Luo as the baby's father with an intention to pierce Celia's heart. And her mission was accomplishment. Celia Shi felt wounded.

The baby's father! 'Is Lana pregnant with Karl's child?'

She looked at Lana Shi in disbelief, and then her gaze shifted to Karl Luo. Even though she was a woman who believed in behaving professionally at her work place, this revelation made her lose her calm. "You got to be kidding me! What is this rubbish? Today is not April Fools' Day. How could Lana be pregnant with your child?" she burst out angrily.

Instead of being ashamed, Karl's handsome face contorted with rage. Without meeting her eyes, he replied, "Yes, you heard it right. I will call of my engagement to you and get engaged to Lana."

Frozen, Celia Shi felt like someone had stabbed her with a knife.

Fear clawed up her throat

"Why are you doing this?" After everything she had heard, she wasn't in a position to speak.

Making use of this opportunity, Lana Shi said, "Why? What do you mean by why? Don't you know how this happened?" After a short pause, she went on, "On the night of your engagement ceremony, Karl was beyond elated. To make the best out of it, he ended up drinking too much. Swaying and stumbling, he went around searching for you. But you were nowhere to be seen. I was the one who took care of him. It was also the night when I got…" Then, she took another break, watching to see the impact her words on Celia Shi. "I hope you get what I am trying to say. I will spare you the details. Anyway, coming back to you, you disappeared the whole night! No wonder you were nowhere to be found at the engagement ceremony. It turned out you had climbed onto someone else's bed."

Lana Shi raised her eyebrows and a trace of viciousness flashed through her eyes.

Celia Shi was in a daze, trying to recall the events of that dreadful night.

From what she remembered, Lana Shi had given her a glass of wine. After gulping it down, she began to lose her consciousness. Lana promised she would take her back to her room.

s was all she remembered.

'If it wasn't Karl with me that night, who could it be?' she thought, filled with trepidation.

"Celia, our relationship is over," Karl Luo said, bringing her back from the reverie. Pain was hidden under his calm exterior.

The truth was, he knew it was all Lana's plot. But in order to protect Celia Shi from further pain, he admitted he had sex with her that night. But he hadn't expected that Lana would get pregnant with his child.

However, Celia Shi refused to accept this as the truth. "No!" she screamed while she shook her head vehemently. Tears began to form in her eyes. "I don't believe this."

Seeing her in this pitiable state, Karl Luo couldn't help but feel sorry for her.

Lana Shi noticed his expression and clenched her fists. Leaning against his chest, she feigned pain and screamed, "Karl, I'm not feeling well. My belly hurts."

For a second, Celia Shi couldn't understand what was happening. But after coming back to her senses, she realized Karl Luo was worried about Lana Shi. Instead of apologizing for his mistake, he was busy pouring salt on her wounds.

She insisted on not giving Lana Shi a check-up which frustrated him. He resorted to calling the director of the hospital.

"As a gynecologist, if my wife has a stomach ache, it is the doctor's responsibility to take care of the situation. But this doctor, Celia Shi, blatantly refused to help. I think you shouldn't keep such an irresponsible doctor here. In fact, if I see her again, I will take this issue to the court," Karl Luo said, his every word contained a threat.

The director knew too well what kind of person Celia Shi was. She was hardworking and excellent, but Luo Group was powerful. If he kept her here, the hospital would undoubtedly be shut down. A lot of people would lose their jobs in the process.

Celia couldn't believe her ears. How could the man she had loved for seven years turned out to be so vicious?

As she went home, her mind was still reeling from today's events.

In a distressed state, she entered her house.

Her father, who saw her arrival, sprinted towards her. He flung his hand forward and whipped it across her face. "How dare you come back?" he roared.

Celia Shi experienced a stinging pain. His hand print remained etched on her right cheek. Due to the force, she crumbled and fell down. The floor was so cold, every part of her body ached.

Wiping it, she looked at her father and said, "Dad..."

"Just shut up!" he cut her off and threw the pregnancy test report at her.

"Don't call me Dad with that filthy mouth!" Tod Shi roared, clenching his fists. "From now on, you are dead!"

"Tod, don't be so angry. What if you get sick?" Her stepmother, Ellie Bai, came forward, trying to comfort her father.

Turning back to her husband, she explained, "Celia is still young and can't tell the difference between right and wrong. It is our duty to teach her. As for the child, abortion is not good for Celia's health. I think we should let her keep the baby." On the surface, she feigned kindness. But she was only adding fuel to the fire.

"Keep it? I am humiliated to call myself the father of this girl! From now on, she is not a member of our family. Get out of here!"

"Dad!" She cried hysterically, but Tod Shi was too angry to hear her out.

Before the door was closed, she saw the smug smile on Lana's and Ellie's faces.

And at this moment, her life had hit rock bottom!

A bolt of lightning struck the sky and the rain poured down. She made her way back to the hospital.

Standing on the rooftop of the hospital in despair, Celia Shi replayed everything that had happened today. Her bloodshot eyes were filled with despair and helplessness.

In a blink of an eye, she had lost it all.

Everything started with that wine. If she hadn't drunk the wine offered by Lana Shi on the engagement ceremony, none of this would have happened. And to make it all worse, the child she was carrying wasn't Karl's. Disgust consumed her.

Her life had become a big joke.

She felt sorry for herself and the baby in her belly. But there was no one she could turn to. Tired of everything, she found solace in the thought of dying. 'I can finally rest, ' she thought.

Just when she was about to jump, a hand caught her wrist.

This hand took her back from the abyss she had decided to fall into, just like it happened in her dreams.