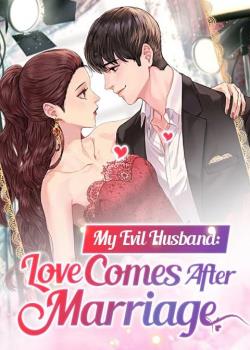 The OY Hotel was located in the middle of the busiest area of the A City. It had a dark yellow facade and was decked with silvery, crystalline glass. It glistened brightly in the sun.

Molly Jing was in the presidential suite of the top floor of the OY Hotel. She had just taken a shower and was wrapped in a white bath towel. She idly flipped through the channels on the TV. Hearing the water running in the bathroom, she felt restless once again.

Today was her twentieth birthday. Molly Jing had already been with Vito Ouyang for two years.

Over the past two years, Molly Jing had lost all her innocence.

The water in the bathroom stopped running. She quickly shook her head to clear her thoughts.

"What are you thinking about?"

A cold voice came out from right behind her.

"I'm just wondering how I've spent the best two years of my life... All caught up in you, Mr. Vito. I know how to heal my own heart, thank you very much."

"Ah, I see. Why don't you let me remind you just how good these last two years have been?"

Before Molly Jing could react, he had stripped her of her bath towel and it hit the floor with a soft thud.

Biting her lower lip, she moaned softly and dug her nails into the soft, white sheets.

No matter how much pain she was in, Molly Jing tried her best not to cry out.

She knew that even if she shouted herself hoarse, Vito Ouyang would not go easy on her.

Time seemed to go back to that fateful day two years ago, which was when Molly Jing's nightmare began.

It was September 17th.

She was in class at that

time. She had only been in the BY Theatre Academy for a little over two weeks.

A policeman had told her that her parents were in a car accident. Her father was presumed dead, but they could not find his body. Because of that, Molly Jing refused to believe that he was dead but rather, he was just somewhere out in the world.

Her mother had not died, but she was fighting for her life in the hospital.

Coincidentally, three days before the car accident, her father's company had declared bankruptcy.

On her eighteen-year-old birthday, she had been experiencing misfortunes step by step.

She didn't have any money, but her beloved mother was trapped in the hospital with her medical bills racking up by the minute.

Molly Jing had nothing but her youth to sell.

Up until now, she still did not understand why Vito Ouyang was there that night. He spent ten million on the auction just to get Molly Jing.

Who was Vito Ouyang?

He was the CEO of the biggest financial group in the A City. He was the God of stocks and the king of cars. He was known to be cold-blooded and ruthless, and he treated women like they were ants. He would use them for their bodies and then throw them away like discarded wrappers.

However, Molly Jing was a special case. He had his way with her every single day for the past two years.

Molly had been good her whole life. She did not even know who Vito was before he bought her at the auction.

That night, in this very presidential suite on the top floor of the OY Hotel, her true nightmare began.