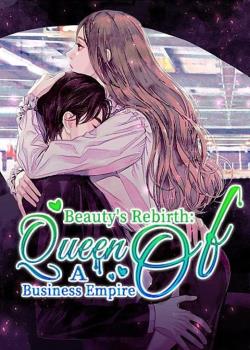 It was a cold spring in March, but the grand hall of the Yokohama Hotel was filled with red and white roses.

"This is my big day. I wish to surprise my husband by transferring thirty percent of my share of the Chi Group to him. From today, the Chi and Gu families will be bonded forever."

The lawyer team in the front row didn't make any move. It seemed that they still had some misgivings about her decision.

A slight frown appeared on Estelle Chi's forehead. Just as she was about to say something, there was a loud bang from the entrance. She immediately looked up to see what was going on.

A woman, also in a white wedding dress, was standing at the door.

The Gu family had booked the entire Yokohama Hotel for the wedding. Who was this woman who had dared to intrude the grand wedding, showing up in a wedding dress on purpose to embarrass the bride?

The woman didn't seem fazed by the surprised looks of the crowd. She walked forward slowly, passing by the guests, to the front of the platform.

As she passed by them, the guests saw that the wedding dress on this person was not brand new. The edge of the white dress was covered in dust, and even the sleeves were torn in places.

She was a young woman, and even without any makeup, her delicate features were still beautiful.

When the woman's face became clear, the expression on Estelle Chi's face changed. She took two steps backwards, and could barely stabilize herself.

The young woman smiled in satisfaction when she saw Estelle Chi's astonished look, and said loudly, "Long time no see, my dear sister. Do you still remember me?"

Estelle Chi looked like she had seen a ghost. Her hands and voice trembling, she stuttered, "Who—who are you? Why are you here in that wedding dress?"

Ada Chi had wondered thousands of times how Zed Gu and Estelle Chi would react when she came back, but she hadn't anticipated that her sister would even deny knowing her.

She smirked and replied, "I didn't mean to come in this dress on purpose. This is just the same clothes that I was wearing a year ago when I was kidnapped on the day of my wedding. And now, I'm back."

The crowd burst into an uproar at her words.

Estelle's face turned even paler. She began to tremble, but she still tried to hold on to her wits. "Even if you were really my sister, you can't just crash my wedding as you please! In the year you had disappeared, Zed fell in love with me!"

"Oh, I am not here to destroy your wedding. Like I said, this is the only dress I had. After all, you didn't come looking for me. Either way, I have no idea that you are marrying my fiance." Ada Chi smiled and apologized perfunctorily, "I'm sorry for interrupting your dream wedding."

Estelle's face darkened. "What do you mean we didn't come looking for you? How would you know? And it's obvious that you had been hiding somewhere till now. You were safe and alive, but you never returned to the family all this time."

"Ha! So, that's how you like to think. No wonder you are marrying the man who pushed me down the cliff." Ada revealed the truth casually.

Estelle's breath hitched and she scolded in a low voice, "You fell down all by yourse

lf! How dare you frame Zed?"

"Yes, yes. I was kidnapped along with Zed. And while we were being rescued, I politely asked him to push me down the cliff and send me to my death. But unfortunately, I ended up surviving and was clearly unwilling to come back to my family. And here I am, messing with your wedding. Right on time." Ada gave a snort after making up that story.

However, the guests were not stupid. Hearing what Ada said, they looked at Estelle in shock and doubt.

The look on Estelle's face became gloomier. Just as she clenched her palm, ready to drive Ada out, Zed Gu's surprised voice came from the side of the platform. "Ada? Is it really you?"

Ada fixed her eyes on Zed Gu, who had come out from backstage.

They hadn't seen each other in a year, but he didn't seem to have changed at all. He was wearing a white suit and perfectly matched Estelle.

When Estelle saw Zed Gu, she ran to him for backup. Grabbing his arm, she said frantically, "Zed, I don't know where she came from, but she insists on destroying our wedding."

"You are still alive." Zed's eyes were still fixed on Ada. He looked her up and down to make sure that it was indeed Ada Chi. Then, he frowned. "If you weren't dead, why didn't you come back sooner? Why did you show up now? To embarrass your sister?"

This was probably the coldest words Ada had ever heard in her life.

She had spent a long time pulling herself together, and pretended to be cold and self-controlling. However, when she heard Zed's words, it felt like she was being stabbed by someone fiercely in her heart. She gritted her teeth and said, "I escaped from death and have appeared in front of you. Is that all you have to say to me, Zed? Why won't you ask me how I survived this past year?"

There was panic in Zed's eyes now.

It was not that he didn't want to ask. He was curious, but he couldn't dare.

Ada looked at the man in front of her with a sad smile. It seemed like yesterday that she was in this very same wedding dress, about to marry her loving fiance. But on their way to the venue, the car suddenly changed route. She and Zed were kidnapped together, and the kidnappers called for ransom, but the Gu family insisted on calling the police. They were both taken to a cave on the edge of a suburban barren cliff, and were trapped there for a day and night, hungry and cold. When they were desperate for their lives, the rescue team finally arrived.

The rescue workers dropped a rope from the top of the cliff to the cave entrance.

Just as Ada was relieved to be rescued, Zed stretched his hand out and pushed her down the edge.

As she fell to her death, he swiftly grabbed the rope to safety. Ada hit her head on a rock when she touched the ground, and when she woke up, she had no memory of who she was. She had gone completely insane.

Ever since she had regained her memory a few months back, there was a question on her mind that she had wanted to ask Zed in person.

But now, even without asking, Ada knew the answer.

She chuckled sourly, her eyes fixed on the man she had once loved. She asked hatefully, "Did you do that on purpose?"

"I— I don't know what you are talking about!" Zed panicked. He subconsciously held Estelle's shoulders and said hastily, "Today is our wedding. If you have something to talk to us about, we can do that another day!"

This was the most important day of their lives. They had waited for so long.

To their surprise, Ada didn't seem to mind. She turned to the lawyer team and smiled brightly. "This is more than Estelle's marriage to Zed. This is the union of the Chi family shares with the Gu family."