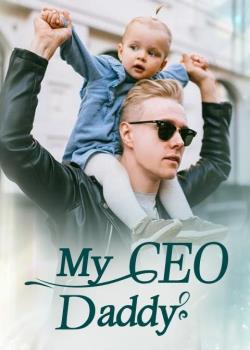 The lights in the room were dimmed down, but it was still easy to see the girl's slender figure. She laid on the sheets in a lazy manner, instantly grabbing Kerr Graham's attention.

He could not clearly see what the girl looked like, but it was easy to discern that she was a beauty. Approaching the bed, Kerr lifted up her chin to get a better look at who was this mysterious woman on his bed. In the next second, the woman suddenly jumped up and put her arms around his neck, panting heavily as if she was trying to catch at a straw.

The way she clung on to him and breathed heavily beside his ear made Kerr loose it. He couldn't tolerate it any longer!

Kerr grew up in a rich family, and had seen and done a lot of bad and dark things. It wasn't a big deal for him to take advantage of this poor and seemingly drugged girl.

'Anyone who is able to enter my room must have been instructed to get this woman for me. Is this something to cheer me up?' he thought with a devious smile on his lips.

Kerr leaned over and kissed the girl without hesitation.

Nicole Morgan's eyes fluttered open, awakening from the alarm on her phone that rang every morning. Rubbing her eyes, she tried to sit up and turn off the alarm, but she suddenly felt that there was something wrong...

'W...why am I naked? And, who- who's this man sleeping beside me?!' Nicole's hand went to her mouth as she tried to suppress her scream.

Rubbing her temples, she tried to recall the series of events that happened to her yesterday.

'Okay... I remember Gregory telling me that he had a surprise for me, and told me to wait for him at the hotel. Then Fiona poured me a glass of water.... and I drank that...

Then... that's when I started to get dizzy and was taken to this room!' Nicole's eyes widened in shock. She had long suspected that there was something going on between her boyfriend and her best friend -- Gregory Robinson and Fiona Finch. Even so, she never thought that they would plot against her like this!

Nicole got out of bed and got dressed quickly, intent on finding Gregory and Fiona. Just when she was about to leave, she looked back at the sleeping man on the bed. Even though she was drugged, he still asked her many times last night if what he was doing was okay. For Nicole, he was fairly innocent.

'He's quite good-looking!' Nicole thought to herself as she looked at his sharp features. 'Well... since he's so handsome, I guess I'm not totally at loss here, ' Nicole shrugged. Then, she took out some money from her bag and put it by the bed. Afterwards, she quietly left.

With no time to waste, Nicole got on a taxi and headed straight to Gregory's home. During the car ride, she imagined countless possibilities of what awaited her there. But when she finally got there, it was still a great blow for her.

Slowly, Nicole went to the bedroom and tried to eavesdrop on what they were doing in the room. The door was left slightly ajar, and it was so easy for her to hear their voices and moans. Not being

able to stand it anymore, Nicole grabbed the high heels on the floor and threw them towards the man and woman on the bed.

"Remember to close the door next time! Don't let anyone see how shameless you two are. But I don't know if you have the brain to remember that."

As soon as Gregory saw Nicole's angry face, he grabbed the blanket and tried to cover him. Meanwhile, Fiona grabbed Gregory's shirt from the foot of the bed and put it on. Then, she stood up and approached Nicole.

"Nicole, let me just be straight with you. Since you've seen it, there's no point in hiding. Gregory and I have already--"

"Put on your clothes first!" Nicole sneered, looking away from her as if the sight of Fiona hurt her eyes. "Have you no respect for yourself?"

Fiona was rendered speechless because of anger. Nicole glanced back at her, her eyes narrowed and a delicate brow was raised.

"So this is what you want, Gregory? Is Fiona your type?" She looked at the livid Gregory with a mocking smile on her face.

"Fiona, I know I used to be your best friend and all... but it looks like that time has passed!" Nicole said with a sarcastic cheerfulness. "You see, I was just afraid to say this to you because it might hurt your feelings, but ever since we were kids, the clothes you wore were my old clothes and the things you used were my old stuff. Even up to our adulthood! Isn't that funny?" Nicole let out an ironic laugh. "Now, it looks like you're getting second-handed men as well from me! You're really an expert on picking up things that I regarded as trash!"

These words obviously caused pain for Fiona. Her father used to be the driver for the Morgan family. Because of this, she was a vain woman but always felt inferior all the time. Gregory, who was still lying on the bed, obviously wasn't happy to be described as "trash". He pointed accusingly at Nicole and shouted at her, "That's what I hate about you the most, Nicole! You're so full of yourself! Do you still think you are the noble lady of the Morgan family? Don't forget that your father died and your family went bankrupt! Now, you are just a poor and helpless woman. It's so ironic that a person like you would speak so lowly of Fiona and me. Why don't you tell me what you did last night?"

It turned out that they planned the whole thing.

Gregory had told her that he had lost a big sum of money in Macau some time ago. He didn't want his family to find out. So did he sell her out to pay his debt? But Fiona had unknowingly put her in the wrong room!

The thought sent a chill down Nicole's spine. She looked at the man and woman in front of her and gave a sarcastic smile.

"I'll tell you all about it! I spent a wonderful night with a very good man in the hotel last night. His body looks good and he's so handsome! It was such a great experience for me!"

Knowing that Gregory was a very conceited man, Nicole guessed that he would be provoked by her words. As expected, Gregory's face turned red and he glared at her, gnashing his teeth in anger.

"How can I compare with you two? I'm sure you two enjoy your pathetic attempt in having some decent sex," Nicole rebutted. With a scoff, she turned around and walked away like an arrogant queen, her heels clicking crispy against the floor loudly.