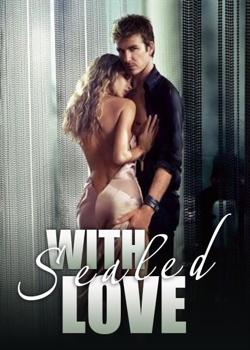 It was mid-June, and the tall mulberry tree was in bloom once more.

Fiona Ji looked up and down at the trees. With a sigh, she went on her way, thinking that she ought to be on her way to school.

The high school auditorium was jam packed with people. It was graduation day, and all the students and parents waited excitedly for the opening ceremony to begin. It was another year, and another set of fresh graduates. The students had just finished their college entrance examinations, and were about to set off to a new milestone in their lives.

Backstage, Fiona Ji was waiting behind the curtain to deliver her speech. Fiona was undoubtedly beautiful. Her smooth, black hair fell elegantly on her shoulders. It made her fair skin stand out even more, which had a faint, pinkish glow. Fiona's eyes were big and bright--with one glance, they appeared to have a million things to say. Her thick and long lashes often cast shadows over her eyes, making her look all the more lovely.

She straightened out the school uniform she was wearing and adjusted the bow knot tied at her collar. Mumbling to herself, she practiced her speech one last time as preparation.

"Fiona, you're up. Come here and get ready to get on the stage," one of her teachers whispered to her.

Taking a deep breath in, Fiona strode out to the center of the stage and onto the podium. Applause filled the entire auditorium.

Some of the naughtier students whistled when they saw Fiona make her way to the center of the stage.

A lot of male high school students saw Fiona as a goddess. Beautiful and intelligent. What was more, she was rather cold towards other people, which made her all the more mysterious. Most of the students did not dare to get close to her because of this.

What they didn't know was that Fiona used to be such a happy little girl, always smiling and laughing. Obviously, those days were no more...

"It was three years ago when we started high school. We were innocent and naive. At that time, it was easy to imagine all the things that we could be. But, we have yet to decide what we really want to be, what we are passionate about, what kind of life we can achieve for ourselves. We will soon be able to grow and find out more about ourselves in the next chapter of our lives. Luckily, our elders will be there to guide us every step of the way. As we enter college, let us also not forget to make deep and meaningful relationships. There is no need to go through any hurdles alone.

High school may seem like the best time in our lives, but I say that the best is yet to come. When we leave this school, let us all do everything we can to achieve all our dreams. Congratulations to everyone! Thank you."

When Fiona finished her speech, some of the girls were already sobbing with sadness. There was also a tinge of sorrow rising from the bottom of Fiona's heart. She wanted to go back and see the mountainous tree at the school grounds.

When the ceremony ended, students said their tearful goodbyes to each other. Some were taking photos with their parents. Some were chatting away with their favorite

teachers. Some were boasting loudly about what they would be doing next.

It seemed as if Fiona was the only one who came to the graduation alone. It has been almost ten years.

'Father, mother... How are you up in heaven? Have you seen how I've grown up? Are you proud?'

"Hi, Fiona!" As she was thinking quietly to herself, someone behind her suddenly called her name. Fiona turned around and found it was one of the class leaders.

"Oh.. Ah, nothing," he stuttered as he laughed nervously. The boy was so shy that he scratched his head and said, "I heard that you ranked second in the college entrance examinations in our city. That's so awesome! Which school did you register for?"

"Wow. D University is a great school! That's in M City, right? It's pretty close so it'll be convenient for you to come home!"

"Yes," Fiona replied with a slight smile. M City was her mother and father's hometown, and was her hometown until she was about eight years old. For her, her home wasn't where she was right now--it was in M City, the place where most of her happiest moments happened.

"What major?" he asked, smiling widely.

"That's so cool!" The boy said with admiration. "You are so talented. I'm sure you'll be able to design a lot of beautiful jewelry!"

"Thank you," Fiona replied in a grateful tone. "Well, then. If you'll excuse me," she said as she turned to walk away.

"Hey, wait!" the boy called after her hurriedly.

"What's wrong?" Fiona stopped in her tracks and looked back at him.

"I was wondering if I could ask you out tomorrow?"

"What for?" Fiona asked, her brows furrowing.

"Fiona, it's just that... Can you go out on a date with me? I like you!" After saying his confession, the boy's face flushed red.

"I..." Surprised, Fiona blushed and shook her head. "Look... I'm awfully sorry, but I'm not interested in dating anyone for the time being."

"But we can start with friends!" the boy insisted.

"Okay..." The boy put his hands in his pockets, his head down low.

Fiona brushed past all the other people and got on a bus. With a sullen mood, she gazed out the window, looking at the trees that zoomed by.

Ten years ago, when she was only eight years old, her parents passed away. When they died, Fiona moved here to S City to live with her aunt. Soon, she was going to study at a university in M City, the place where she and her parents used to live. There was still a bit of reluctance in her heart to leave S City.

Fiona grabbed her bag and got out of the bus.

When she got off, she saw a familiar car that seemed to be waiting for her.

Thinking of this, Fiona quickened her pace. She got into the car and was soon on her way to her aunt's house.

The other people there--her aunt Jenny, her uncle Mike and her cousin Angela-- were all looking stiff and tense with Victor there standing at in the living room.