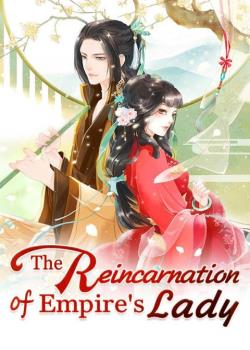 In the mansion, Wendy, with one hand on her swollen belly, asked a maid anxiously, "Have you gotten any news from Your Highness?"

"Your Highness, His Highness said that he would do his best to help you solve the problem of Qin Mansion. He wanted Your Highness to stay at home and wait for the delivery." The maid Lucy glanced her hand, which was already pale from the grasping by Wendy, and a dash of displeasure flashed through her eyes. Disappointed, she withdrew her hand, and Wendy almost fell to the ground.

"Watch out, Your Highness!" Lucy held Wendy with one hand, and a smug smile flashed across her eyes. From now on, you are not Your Highness, and she will no longer be a slave, but a concubine of this mansion.

Thinking of this, Lucy burst into laughter. Thinking of her wonderful and grand day, she felt all her efforts over the years were worthwhile.

"Lucy, where is Judy? Why haven't I seen Judy these days?" Wendy asked Judy to inquire about His Highness's whereabouts, but Judy hadn't come back. Wendy wondered how her grandpa and other clans were doing, and if His Highness had begged the imperial edict from the Emperor, which meant that he had saved her grandpa's family?

"Judy is helping them. She'll probably be back today." Lucy grinned evilly. "I wonder how Qin Mansion is. Now Your Highness has been busy running around for the Qin family. He should has been very tired."

"Yes he is." Wendy sat down slowly. Jack was her husband, and was the first son of Prince Song. Although he was conferred by the Emperor as Royal Highness, he had no money and status. Jack's fame and fortune were closely related to Wendy.

The Qin family was a military general's family, but only had one son and a daughter. Their son was good. He was well-known in the battlefield, and later took over the position of his father Lord Qin. Their daughter was also talented and married the prime minister. Unfortunately, this prime minister's wife died in a big fire when her daughter Wendy was 14 years old.

Therefore, the Qin family had treated Wendy very well. Although Qin family didn’t think that Jack was an ideal grandson-in-law, they allowed him into the army for the sake of their beloved granddaughter. With the support of the Qin family, Jack won the fame of today.

"By the way, Lucy, where is Alice? How is she doing recently?" Wendy asked again. Thinking of her younger sister, she couldn't help but shed tears. Alice was also a poor woman. After getting married for three years, her husband died, and her mother-in-law was a mighty woman. She swore Alice for cursing her son. Since Alice lived a hard life, Wendy let her sister live with her together.

A vicious light flashed in Lucy's eyes. Lady Alice, was very good. She was now engaged to His Highness in the antechamber. You will lose your position soon.

"Really? It's all my fault." Fondling her swollen belly, Wendy said, "If I didn't get pregnant, I won't trouble Alice to do concubine work for

Lucy looked at Wendy with disdain. What a stupid and hopeless woman! Lady Alice did the concubine work was not for you, but for herself. Only in this way could she be the lawful wife of His Highness!

"Lady!" Suddenly, a figure broke into TY Boudoir. Wendy paused for a moment, and said, "Lucy, I think Judy is back."

Lucy turned pale. Why did Judy come back at this time? Lucy didn't want to screw the business of Lady Alice, so she rushed out and wanted to lock up Judy before Wendy saw her.

But they all underestimated Judy. As a woman, Judy was so strong that she knocked down two old maids who stopped her and rushed into the room.

Judy wanted to rush in, but the two old maids couldn't stop her. Wendy walked out in confusion and asked, "What are you doing?"

"The Emperor has ordered to kill the prisoners of Qin Mansion. And he will kill all of them. He won't spare even the newborn baby." Judy's eyes reddened. She wanted to tell Wendy what had happened to Qin Mansion. But to Wendy's surprise, as her face was as pale as a ghost, she was too excited to move.

"Your Highness." As she was saying, Judy rushed to Wendy, held her up and asked, "Your Highness, are you alright?"

Gripping Judy's arm, Wendy asked with a ferocious look, "What did you say about grandpa?"

"A plagiarist!" Seeing that, Judy could not help but tell. She had planned to come back for help at the very beginning. However, Lady Alice had caught her and put her in the woodshed. She had a hard time getting out of there.

Wendy had a stomachache and her body went red. Judy's face turned pale once she saw it, "Help! Help! Her Highness is about to give birth!" Judy shouted.

Lucy was stunned too. But Judy didn't respond. She held Wendy carefully and put her on the bed. "Your Highness, take care of yourself. You must give birth to a little prince." You have to depend on little prince in the future. Lady Alice is not a good girl. She seduced His Highness and wants to replace you. If you can't have a son, your position will be gone.

"Go and call the mid-wife and the doctor." Hearing the roar by Judy, Lucy frowned. She wanted to curse, but controlled herself. Then she turned around and went out of the door.

"Judy, go call His Highness..." The pain was killing Wendy. She didn't believe what had happened to her grandpa's family. His Highness promised to save them.

"Your Highness, please take care of yourself and bring the baby to the world safely." Tears streamed down Judy's face. His Highness wouldn't pay attention to her, because His Highness was marrying Lady Alice in the front hall. But she couldn't tell Her Highness about this. Otherwise, Her Highness might lose her and her baby's lives. Judy didn't dare to bet.

"Ah!" Wendy was in extreme pain.

"Where's the mid-wife? Why hasn't she come yet?" Judy said to Wanda, "Go and call the mid-wife."

Wanda and Avery looked at each other, but they didn't move. Wendy had been hurt so much that she had lost her mind. When Judy was about to call the mid-wife by herself, she saw Lucy came in with a bowl of medicine in her hands, followed by Jack and Alice, who were dressed in the red wedding dress.