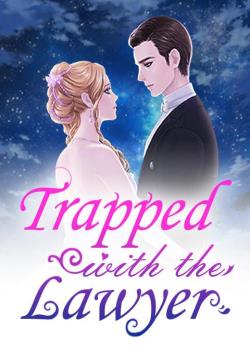 "Nicole, this is Aunt Ella." Lola picked Nicole up so she could look straight at Ella.

Her words made Ella chuckle, "Nicole, you are so silver-tongued!" Harry and Lola have taught their child well, she thought to herself.

"Thanks auntie!" Nicole looked at Ella's belly with curiosity, wondering whether the pretty auntie was also bearing a little baby.

Lola put Nicole back on the ground, and watched Ella playing with the twins, "How long has it been? It will soon come, won't it?" 'Ella's belly is pretty big now'.

Ella straightened up and put her hands on her stomach, caressing it with great affection, "Yes, the expected due date is less than two months away. 'Samuel and I will obtain our passport tomorrow. I am so happy.'

Her smiling face radiated happiness. Lola watched her happy face and held her hands. "Is Samuel nice to you?"

She knew that Samuel had no affection for Ella, but seeing that happy smile on Ella's face, she had to ask.

Not a bit of the smile faded away from Ella's face. Thinking of Samuel, she believed that she was coming nearer to her Samuel day by day. Ella nodded gently. "But in the past few months, every time Samuel visited me, he just sat here for only a while and then went away. He never stayed over."

She felt terrible at the thought of it. But she should have anticipated all this, shouldn't she?

Lola knew what was going on, and didn't let go of her hand. "Don't worry," she said, "You two will be closer to each other when the baby comes." As long as there's a child of his, however many women Samuel has, he will go back home to his wife and child.

Her consolations worked well on Ella. Ella, too, believed that through persistent effort, her Samuel would accept her love.

Then together with the kids, Lola and Ella went shopping, had dinner, and ended the night there.

Before leaving, they agreed to go shopping or visit each other when they had time.

Lola looked at Ella's back and let out a sigh. Everything is fate. She and Ella had similar dispositions. Both of them were bright, cheerful and frank. But Ella fell in love with someone who was not fond of her. How painful that would be! She could see that every time she mentioned Samuel, Ella would immediately act in a more feminine manner...How true love changes people.

However, she had never behaved like that in front of Harry. So she wondered, was she too tough?

The expectant Ella just came back from outside. She looked at the two Passports on the table and smirked. She finally married her Samuel! She would be Mrs. Lowell from now on!

Samuel just said that since she was pregnant now, she shouldn't be too tired. They would hold the wedding after she gave birth.

But it was alright. Now everyone knew that she, Ella, was now Mrs. Lowell. Since she had been recognized, everything would been fine after the baby was born.

She gently stroked her belly, "Baby, mommy can finally be with daddy." Only she knew how happy she was now.

She put away the passports in a small box in the cupboard. That was the box that held her important things.

Someone knocked at the outer door when she put the box away. Since she had been pregnant for more than eight months, she awkwardly dragged her stomach to open the door.

She looked through the peephole and found that it was none other than a woman.

She opened the apartment door. "You are?" She looked at the fashionable woman with curios

She dressed in a red, wide-legged trouser suit with a long black trench coat and pointy, black leather shoes.

A handbag from famous international brand was on her arm, and all her nails were long and painted in cerise.

Ella gauged the woman up front, and Emma also looked at the pregnant woman from head to toe.

Because of the pregnancy, Ella didn't wear any makeup, but nothing could make her face less delicate and pretty. Her long black hair was casually back-combed into a bun, and down below on her were a navy blue maternity dress, black trousers, and simple cloth shoes.

She was a big star in the news for a while, yet was now a common woman in her house. It looked she paid a great deal for Samuel.

Emma raised her orange lips, and stepped into the apartment on her high heels.

The apartment was neither too big nor too small, and the arrangements were warm and homely. But what good could it do? It was said that Samuel never lived here.

"Who are you looking for?" Ella watched her back with curiosity. Was she too careless, opening the door for anyone?

Emma looked back, smile still on her face, "You are Ella." Emma said affirmatively.

It was not rare that people knew her. Because she was once a second-tier star.

"What can I do for you?" Still she replied politely.

Emma went to the sofa and calmly sat down. There was no men's products found in the apartment.

"Look at you, that belly, it's been at least seven months, eight months?" She looked at Ella's belly, eyes flashing with envy.

Ella became alert at that instant, both hands protecting her abdomen, "Quite. Anything else?"

Emma watched her vigilant behavior and smiled, with gentle expressions on her face, "Samuel didn't even go and get the certificate till it's been seven months or more. You mustn't be too important to him."

When Ella heard Samuel's name, she started to understand why the woman came here.

"That is between us. Do you want anything else?" She started to know that the woman had some malicious purpose.

Emma listened to her, but was not angry. She stood up and again turned around in the apartment.

Master, Eason, a world-renowned designer, and Miss Leonard, Ella, a second-tier star. After pregnancy, Ella terminated the contract with the entertainment company to stay at home for miscarriage prevention.

Later, the passport was taken today, and the news that the great lawyer Samuel got married caused not a small turmoil.

The whole world already knew it when the couple came out of the civil affairs bureau.

Emma's face changed, and the tone of her voice became very resentful. "Samuel and I love each other. If it were not for his grandmother, I would have married him," she said, 'I should have been Mrs. Lowell, but this Ella got in my way!'

But Ella was not a woman to be trifled with, either. With a cold smile on her face, she sneered, "If you two were truly in love, my husband wouldn't have been tamed by his Grandma!" She was also very afraid when she thought of the very serious look of Samuel's grandmother.

But grandma was very kind to her, especially when she heard that Ella was pregnant, and came over even more often. Before obtaining the certificate, grandma also asked her to promise that she will move back to the Lowell's family house after receiving the certificate!

Her husband? The two words did make Emma jealous as hell, "So what? Samuel's parents liked me a lot!"