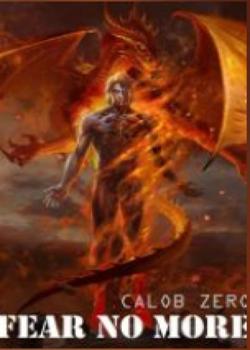 If you like any of my works please check out the rest.

Currently within my works are:

For five hundred and forty seven years the supernatural world has been divided due to the death of the High King. All races kept to themselves and refused to bow before another race. This was a time of supernatural wars that were hidden from humanity. But maybe it“s time for a change? Maybe the god king has different ideas.

This is the story of Alex McCarthy， an omega in the Dark Tide pack. A werewolf that has experienced a forced rejection. A werewolf who the god king has chosen personally. A werewolf who“s destiny cannot be measured.

Michael Hayes grew up as the pack slave. He was born the runt while his twin brother， Hayden， was born to be the Alpha. His parents， the current Alpha and Luna cast him aside so they could focus on making Hayden the Alpha he was born to be.

Michael became the pack slave at the age of four and his first beating happened at the age of eight. He didn“t care why they did this to him. He cast his emotions aside when he finally realized that no one in the pack actually cared for him. He was here for the sole purpose of making their lives easier.

Being constantly compared to ones brother can make one feel neglected. This is the case for Kai Walker. His brother was the star of the schools soccer team as well as the star of the basketball team. Everyone adored him and held him on a very high pedestal. This includes his own parents.

For all of his sixteen years he has been constantly compared to his brother whether at home or at school. The most common phrase he hears is， “Why can“t you be more like your brother?“

He made it through the years due to his only friend. A female childhood friend of both his and his brother， Amy Halland. But one sentence from her has sent Kai over the edge. The phrase he never thought he would hear from her. Yet it happened.

Without hope he gives up， right after the sentence he decides to end his existence. He jumps from the school“s roof ignoring the shouts from Amy. Yet it still didn“t work.

He wakes to found himself in a land unknown to him. A land full of magic， knights， and hero“s. Unknowing that his current body is in hospital in a coma. His conscience， thanks to the famous Tranvent Corp gaming company， now resides within a new virtual reality game that they have created， Guild Stronghold.

4. Worth Waiting For (Completed):

For the vampire princess who has wondered the earth looking for a purpose， she most definitely did not expect to find it within a three year boy.

Since the day she met him， she was aware he was her Beloved.

She stayed in the shadows， silently watching over him. Ensuring he was kept safe. She waiting until it was the time to reveal herself. What she didn“t expect and had to stay and watch， was this boy turning into a distant， quiet husk of his former self.

He became the school“s nerd， yet that didn“t phase Ashlynn.

She has waited centuries for Malachi， and what she knows now， is that it is always worth the wait.

Victor Mc“Arthur， the last of his kind， was not what anyone expected. Being the last dragon alive， one would expect him to be egotistical. Playing off his status to get anything he wanted. Yet he was none of the stereotypical natures that would accompany the last of any kind.

He was a quiet， kind boy who only wanted one thing， Julie Kale. He has always wanted her to be his， but she was a powerful elemental user who wanted an equally powerful partner. No one knew of Victor“s status， not even Julie. She friendzones him， and uses him to ensure she is ready for her multitude of dates.

One incident broke the last straw Victor held on to. Competing in the annual magic tournament， he intends to win. Winning means that the most powerful witch alive would grant one single wish. A no limit wish. A wish that will be granted.

When he reveals himself through the competition， he gains a new reputation. A reputation the popular could be jealous of. When it is time to claim his wish. The wish chosen， shocks the entire magical community.

A wish that needs to be granted. A wish that would forever shift the balance of power. A wish that may or may not be the end of Victor himself.

Caden thought he had a new start being summoned to a new world. He thought he would be the Hero everyone wanted him to be. And he was， although only for two years. Once his enemy was defeated， he realised， however， things are not always as you hope them to be.

When a new terror arises four years later， he is requested once more to come in aid of the kingdom. To assist in the fight to live. Yet he refuses， he would not be betrayed again. Let alone by the same woman who summoned him.

Since the need for Heroes was gone， none were trained. Since here can only be one Hero summoned at any given point， the kingdom was at a loss. They needed someone who could fight. Someone who could lead their armies to victory.

7. Reality Of The Successor (Sequel to Omega No More):

Alex didn“t think his life could be any worse. He had finally stopped his brother. He had finally found his Mate and now he was planning to spend eternity making her happy.

Then reality sets in. An ancient terror of the universe attacks and it is up to Meredith and Alex to stop it. However， nothing goes according to plan. Meredith once more perishes as Alex gives everything to take revenge. While doing so he is mortally wounded.

Then the unthinkable happens. The terror they faced cursed Alex to a fate far worse than death. He sends Alex back in time to when he first shifted. Although Alex thought it would be great， he failed to remember the curse. A curse that does not allow Mates. Causing both to burn at a single touch.

He sets out to make things right with everyone and more importantly he needs to break the curse. All he wants is his Mate. His Beloved. His Soul Mate. And he will not stop until he gets her.