Romance Irresistible To My Glamorous Ex-wife 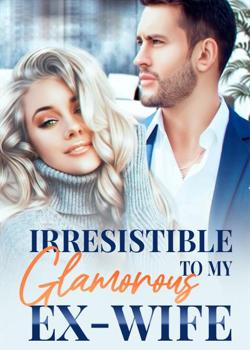 Irresistible To My Glamorous Ex-wife

Before the divorce, everyone thought that Belinda was just a housewife who was good at nothing. Even her then-husband, Russell, believed this. However, after the divorce, it was soon revealed that she was the eldest daughter of the Lindfield family. She was proficient in not only designing, but she was also a shrewd businesswoman who knew how to turn a profit. She had several brothers who doted on her. Various handsome men chased after her, determined to win her heart. When she crossed paths with Russell again, she lifted her chin proudly and asked, "Do you regret divorcing me?" Russell replied, "Yes. How about remarrying me?”

View More Comments on App
Latest Release: Chapter 61 Almost Kissed Her   Today 00:02
1 Chapter 1 Apologize Or Divorce
2 Chapter 2 Completely Disappointed
3 Chapter 3 Let's Get Divorced
4 Chapter 4 He Finally Has A Chance
5 Chapter 5 The Divorce Papers
6 Chapter 6 Someone Has To Pay
7 Chapter 7 He Betrayed Her First
8 Chapter 8 Wait For My Call
9 Chapter 9 Will You Give Me A Chance
10 Chapter 10 He's No Fool
11 Chapter 11 What Exactly Is She Capable Of
12 Chapter 12 Homecoming
13 Chapter 13 Long Time No See
14 Chapter 14 The Negotiation
15 Chapter 15 I Don't Give A Damn
16 Chapter 16 Mike Wynter
17 Chapter 17 Miss Dew
18 Chapter 18 Don't Bother
19 Chapter 19 Trapped In The Past
20 Chapter 20 Preparations For The Art Exhibit