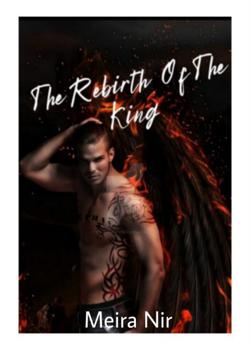 The Rebirth Of The King

Nobody dare of life or death. Even so she will be the one to decide if the purpose of waking her is worth it. If she deemed it unworthy for her to be disturbed then the pyre downstairs may receive a other victim. Such is the power of the serpentine queen. When the guard arrived the queen's chamber with his narration of an intruder, the two body slaves of the queen were prised from dreamland by the guard on duty and the narrative repeated. It took time before one of her body slaves decided to take the risk of waking the queen, giving Sarzan ample time to fight off his asailants. When the queen woke up, heard what had happened, unlike the guards her mind went to the Wan-bissaka chain in the adjoining rooms along with other ancient ornaments expected to wild some magical powers but with purpose yet unknown. Quickly she changed her night dress, putting on an outdoor robe which she then gathered around her as she ran downstairs to the fifth floor and the central hall trailed behind by her two body slaves and the reporting guard. She entered the hall and was welcomed by the sight of a dead guard. Fearing the worst she barged into the adjoining room beckoning for light.