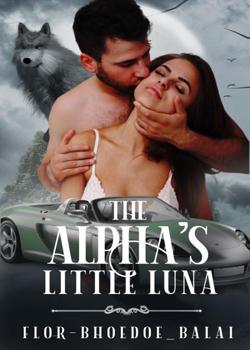 ‘MATE', my wolf Jax roared when he first saw the ten-year-old girl hiding behind my Beta's legs. I couldn't believe my ears, sure enough, I'm not a pervert, but how can a toddler be my fated mate? But Jax is determined. Mercedes from the Silver Moon pack is the little Luna of our pack. Mercedes knows no better than that Zane, the powerful Alpha of the Midnight Moon pack, is her mate. At ten, he found her roaming in his pack territory where his wolf Jax immediately recognized her as his fated mate. After fierce negotiations, the Alpha from Mercedes' pack, the Silver Moon, allows them to meet at Zane’s and her parents’ house. Zane knows he can only claim Mercedes at eighteen and then only if her wolf recognizes him as her fated mate. The two maintain a solid platonic bond, are inseparable until Silver Moon's Alpha son sets his eye on the beautiful she-wolf. Envious of the strong bond between the mates, Glary goes to extremes to seduce Mercedes and even promises to make her his Luna. His father cooperates and suddenly forbids Zane further access to the pack and Mercedes is no longer allowed to leave. Then, they slyly accuse Mercedes' father, his Beta, of fraud and betrayal of the pack. And then, the Alpha presents Mercedes with a choice: mate with his son or her father’s execution. But then it turns out that Silver Moon has seriously underestimated Zane.