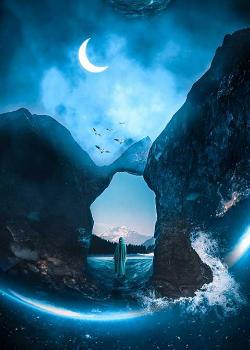 After the second meteor shower that destroyed the world, humanity must rebuild itself. The Ooni is informed that a third meteor shower is looming that will wipe out the Yoruba race for good unless a particular artifact is found. Coincidentally, an ancient well has been discovered by archaeologists who bring this discovery to the knowledge of the king. Legend says that pulling the chain will bring back a warrior god of legend. However, pulling that chain does more than bring back one warrior god. Sango, Ogun, Obatala, Olokun, Orisa oko, Esu, Ogedengbe, and other legendary spirits are resurrected. Orunmila reveals that whoever among the spirits obtains the crown of Eledumare will rule the world as it’s god and king. Acolytes spring up from the seven kingdoms representing the sons of Oduduwa, and their mission is simple, to serve the gods they worship to the best of their abilities. Using these acolytes, the gods do battle across the entirety of wedtern-Nigeria. They search for the crown, they fall in love; they remember what it feels like to be alive again. Orunmila has revealed, though; only the winner may stay on earth, and everyone wants to stay.