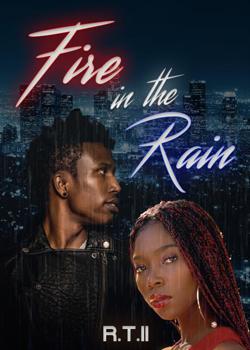 Fire in the Rain

"Werewolf Zamson Lovell is the fastest outrunner of Twilight City. Known among the underground street racing realm as The Black Wolf, his undefeated reputation is a thorn against every human and darkblood desiring his ultimate defeat. Those that wish for Zamson’s downfall fail to discourage Twilight City's notorious vampire drug lord Noctavion Vladimus from enlisting Zamson's skills in the retrieval of the one thing capable of elevating Noctavion's ruthless ambition. The primal vampire Naia—Daughter of Blood and Fury, awakens from her 10,000-year slumber to a world not her own. While Noctavion Vladimus wants Naia for his plans, Naia harbors an agenda for herself: bathing the world in blood and chaos. What is stopping her from total reclamation is not just Noctavion's schemes, but Zamson, whose influence could change Naia forever—for better or for worse. Fire in the Rain is created by R.T. II, an eGlobal Creative Publishing author."