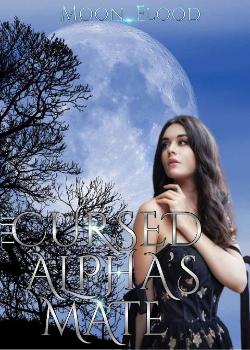 The story of a prince cursed with immortality and a girl counting down the days to death. An Alpha in search of his Luna. An omega once rejected. She couldn’t shift until she met him. He couldn’t see colours until he met her. They call Prince Valens the cursed prince, the Alpha who neither knocks nor asks before he enters and takes but the true thing he seeks, he cannot find. Wandering the earth for over a hundred years in search of someone to break his curse, he has become nothing but a cold man. He invades packs in search of his mate, staging takeovers, until he meets her; his curse-breaker. Aysel has the blood of a traitor in her veins. Eleven years ago, her parents led an attack to overthrow the Alpha. They lost and got slaughtered, leaving her behind to bear the burden of their tainted legacy. Abused, broken and rejected, she has no hope of a better life until she meets him; the cursed alpha. Her saviour. Valens introduces Aysel to a life of power and affluence. Those who mocked her now fall on their faces to serve her but with an ex desperate to get her back, a scorned alpha hell-bent on ruining them and her identity emerging, will the relationship between Aysel and Valens flourish?