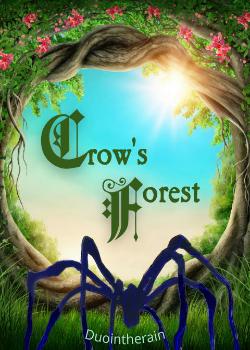 Hiro Gracenaught protects people. That is his job. Earth is a backwater planet, but not everyone that visits means well. There is also alien technology that has to be kept out of the hands of those that would harm others. There are only five Galaxy Peace Agents on Earth, but it's been enough. Until the day they were assassinated, one by one. Crow is a criminal by Earth law. He could go off planet and not be breaking any laws, but he was born on Earth, before the waters rose, and he's not leaving! He just keeps to himself, living in a virtual world that no one even knows to look for. He just doesn't get involved. Until that day he did. The assassins chasing Hiro are mercenaries. Their client wants the Galaxy Peace Agents gone. With them gone, Earth's just a backwater snack. With the agents gone, it might be centuries until anyone with the power to do anything about it would miss an isolationist world full of an aggressive species and a bunch of criminals hiding out where no one civilized would look for them. Getting rid of them and the indigenous species would be doing the galaxy a favor - very good for real estate values. When the dirty and old fashioned bullet hits Hiro’s heart, his last thoughts are chaotic and full of regret, until he blinks and finds himself in Crow’s forest. Now to save his home planet and all the lives on it, he’s got to convince a criminal recluse, with beautiful violet eyes, that they can’t just sit and hide, they have to fight to save the world. That world is a world that has rejected and threatened Crow for hundreds of years, so that might be a bit of a hard sell. There’s absolutely no time for making right the hurts of the past or for falling in love. Definitely no falling in love. Trapped in a magical forest made of unique technology, falling in love with a man who is afraid of everyone, Hiro may have to choose which world he wants to save.