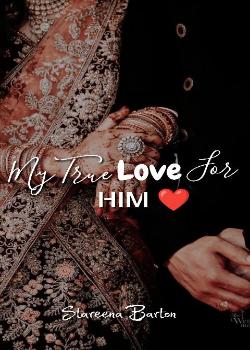 My True Love For Him ❤️

My True Love For HIM ❤ is a beautiful Love story, there are 6 lead characters and the first pair is of Shranav Oberoi and Myra Sharma. Myra is a sweet, shy and kind hearted girl who is bestfriend of Shristi and Samar Oberoi, she has a huge crush on her best friend elder brother Shranav Oberoi who is a great business man, but Shranav is in love with Shanaya Malhotra and wants to marry her. Later on when Myra gets to know that Shanaya Malhotra is not the girl which she shows and when she gets to see her real face she tries to stop Shranav from getting married to her, but instead of believing Shranav insults Myra hurts her and leaves her heart broken. Myra is so much hurt that she decides to leave everything and go away but she decides to prove herself innocent so she gathers all proof against Shanaya and shows them all to Shranav and leaves the Oberoi family with a broken heart. Shranav soon realizes his mistake and search for Mrya to ask her forgiveness.... Later after 5 years they both stumbled upon each other in London. With Shranav eager to get her forgiveness and confess his feelings and Myra who is having a small baby with her. Is it Shranav's baby? This story is also about Shristi Oberoi and Doctor Liam Anderson who will be Myra's good friend who she have met in London. Shristi will fall in love with Liam but Liam has a deep past hidden within himself. He is broken by the girl whom he loved deeply and was going to get engaged to Liam has changed he has become more cold towards other, and is an introvert The girl Liam loved will return after 8 years but with some twist and turns And soon Liam will realize his love for Shristi Oberoi. And, finally the last pair is of Samar Oberoi who is the heart of the Oberoi family will fall in love with Riyashi Mehra (PA of Shristi Oberoi who also happens to be Samar's twin) But when everything seems to be set on track Samar will misunderstand a few things and there will be a drastic change.