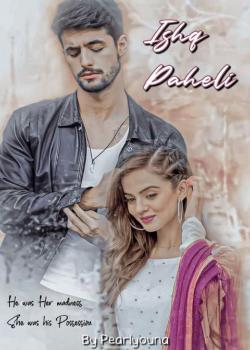 Possessiveness, jealousy, hatred, pain...these were the things she learned growing up in the infamous Khan Haveli where ego of its residents was even higher then its walls... "Forget everything that happened and anyway it was not that big like you..." her mother started saying but got cut off in the middle by her shout. "What do you mean forget it....It don't work like this after taking someone's life and telling them to forget it..."she cried, not believing that her own mother was saying those words. "Forget it that he did this..and this..."she said, showing the deep scratch marks on her neck. She was broken....her heart was torned by the one she loves the most... ♡♡♡♡♡♡♡ "Will you marry me???"she asked with hope filled eyes knowing that if he declined at that moment she would break into pieces like a broken glass... "Please marry me..."she demanded like a child falling in front of him.. It was her story....a girl who lost herself in the maze of his love..