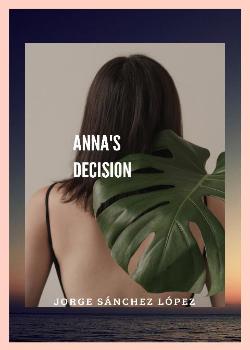 Anna, a girl in her twenties, decides to start anew after having lost a brother due to a fatal disease and broken up with a girlfriend, Monica. Her constant arguments and the fact that Monica hid the relationship to their parents, along with certain rumours about her family are to blame. For this reason, she moves from London to Dublin, where she’ve been granted a scholarhip to study Literature at Trinity College. As Anna tries to make a living in the new city looking after a child, she will befriend her boss's son, Jack, who confesses to be in love with her. However, she is unsure about her feelings. Jack has a sister, Beth, an angry girl who doesn't approve of their friendship and threatens to have Anna fired. The arrival of Monica, who surprisingly has been admitted to the same college, will only make things worse. It will be revealed that Monica and Jack are half-sisters, which enrages Beth to such an extent that she invents that Anna is failing to do her work. As a result, Mr. Radcliffe fires her and she is obliged to spend a couple of days in a guesthouse, sad, terrified and penniless. It is only when Monica rescues her that she can continue with her academic term. However, everyone has their secrets, and conflict strikes again. Who are they, indeed?