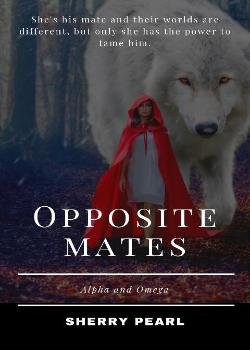 Opposite Mates - Alpha and Omega

What do you do when life throws your worst nightmare at you? Shifting into an omega on your sixteenth birthday suddenly made Anastasia's life crumble right before her eyes. Her once loving parents and family all turned against her. She had to leave and stay with her aunt. Trying to help her aunt financially, she forced herself to look for a job in the lion's den. Alpha Kevin is the leader of the White Moon pack after his father and lover's murder. He met the naive Anastasia who wants a job at all cost. She's his mate but not from his league. He finally learns to accept her after a long time, not knowing this would lead to war. His enemies are near but he doesn't know who. His family is against him because he accepted a weak mate. His father's killers are around the corner. His ambitious brother won't make things easy for them? Will they survive this? Or would his enemies conquer him and separate them?.