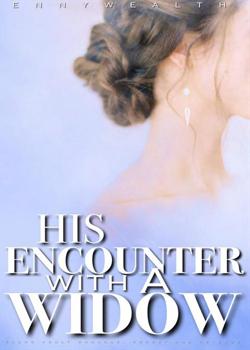 His Encounter With A Widow

“For heaven’s sake, mum, I'm just Twenty-one. I'm tired of this marriage stuff.” She reminded plainly, tears welling up in her eyes. Her mother only stared at the water rolling down her cheeks, sympathetically. But she had no choice but to get her only daughter married again. Flora, a very young and pretty lady, has been forced into an early marriage. Her husband passed away a year after their marriage, and she became a widow. Again, she was forced into another marriage. She was pained, she was troubled, why she? Why was her mother bent on ruining her life? She was just a young girl who wanted to explore and enjoy life. To escape getting married again, she fled. On that night, she met with a dangerous looking guy. She was afraid, but she preferred the dangerous looking guy rather than to be married again. Zayn, a nice looking young man, but a notorious gangster was out on that night, he almost knocked the person down with his car, he became so furious when the person was not getting out of his way. He got down from his car and discovered it was a lady, a lady dressed in black outfit, a lady who looks so timid and innocent; a lady who pleaded to him earnestly to save her. Would he save the lady? Would Flora get a help? And why was her mom bent on getting her married over and over again?